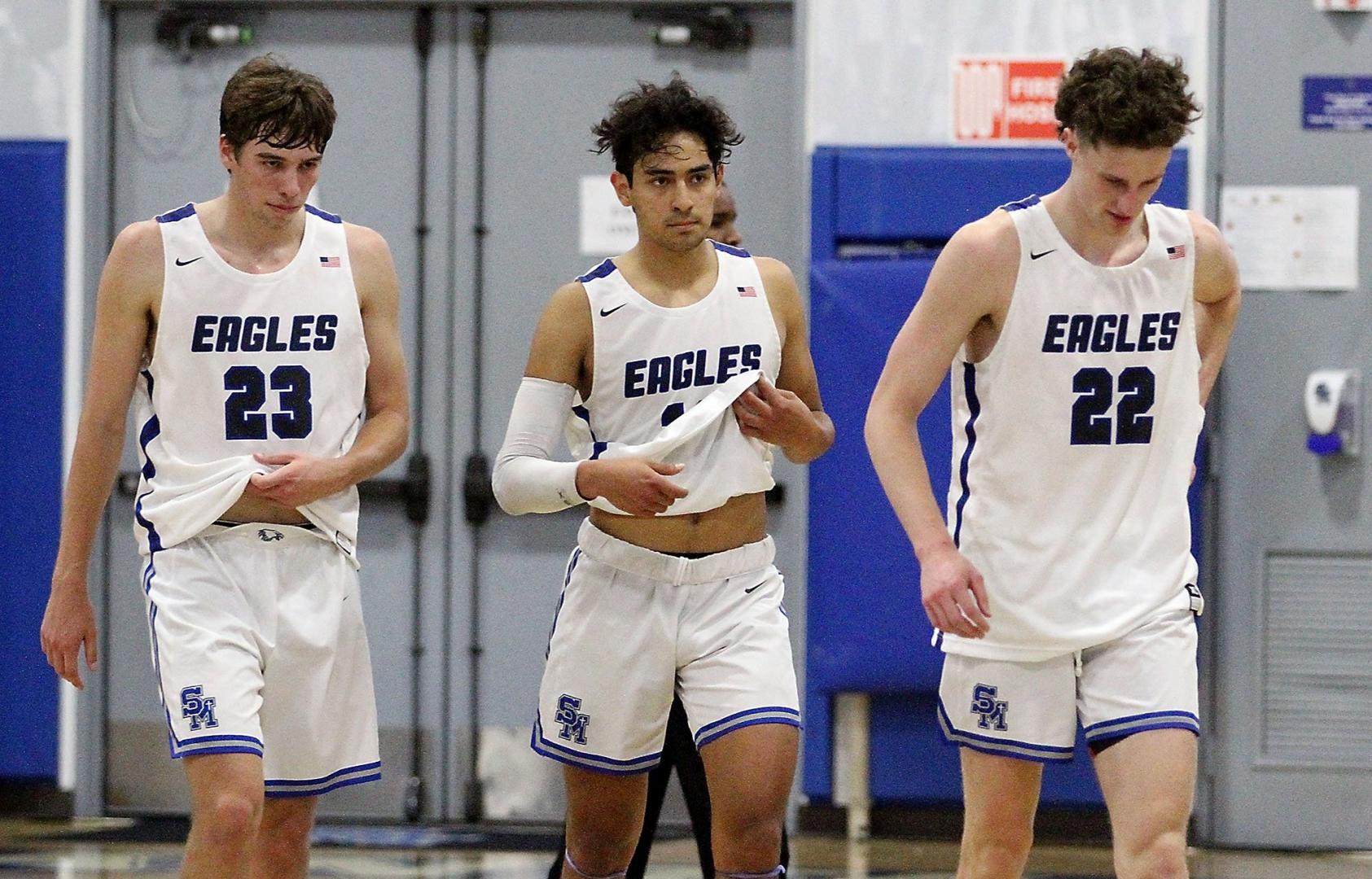 Members of the Santa Margarita Catholic boys basketball team react to a 53-42 loss to Rolling Hills Prep in the semifinals of the CIF-Southern Section Division 2AA playoffs on Friday, June 4, 2021. (Ryan Kuhn, SOCoPrepSports.com)

The Huskies, who entered the game with just two losses and crowned Coastal League campions, jumped

out to a quick lead with some scores by Kenny Menzi.

At the end of the 1st quarter, Rolling Hills Prep held a 17-9 lead.

Santa Margarita tried to answer back, but was held to just nine points in the quarter. A tip in by JV Brown gave Rolling Hills Prep a 25-18 halftime lead.

The Huskies piled onto their lead in the second half, reaching to as many as 11 points but Santa Margarita wouldn’t let up.

The Eagles found some offense from Luke Turner and once again, they trailed by just seven points.

The comeback crept down to as small as five points but Rolling Hills Prep finally put the game away after a 7-0 run with amount two minutes left in the game.

Santa Margarita concluded the season with a 15-6 record while Rolling Hills Prep will take on Los Altos in the Championship game on June 9.