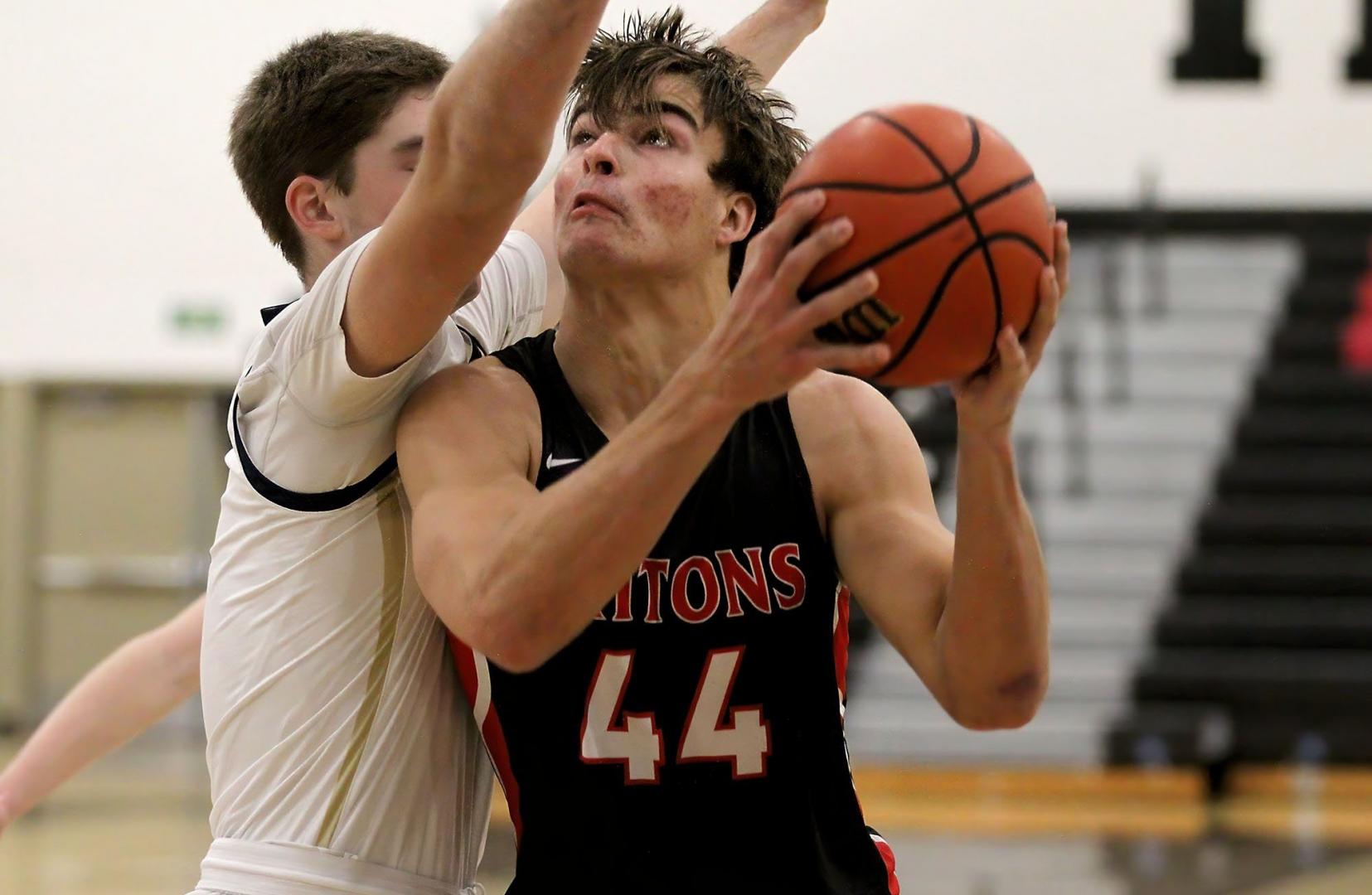 “We are a mess,” coach Marc Popovich joked before his team tipped off against Calvary Chapel at the Tustin Holiday Classic.

The Tritons were without Easton Cattich, Ben Starks, Asher Gardiner, and Tim Michalidis who were all out for various illnesses and injuries, none of which were COVID-19 related.

But even with five players short San Clemente finished by punching its ticket to the tournament semifinals. The Tritons won, 59-55.

“Our guys stepped up,” Popovich said. “That was a gritty win right there.”

Tritons’ senior Tanner Mehrens muscled in a basket down low about midway through the first quarter but the Eagles’ Keshawn Johnson and Ciaden Curran responded with scores of their own.

By the first break, the Tritons trailed 13-8.

“(Hanning) is a really good shooter so I was doing my best to guard him and keep him in front of me,” San Clemente senior guard Alec Grace said. “He’s a really good player.”

San Clemente’s deficit grew well into the second quarter as Hanning got some support with Tyler Peterson hitting a pair of 3-pointers.

The Tritons trailed by as many as 13 points with three minutes remaining until halftime but the momentum started to shift.

“Before the start of the third quarter we really talked about how we wanted to be an attacking team,” Popovich said.

And it didn’t take long for his team to answer.

Mehrens started the half off with another score and it wasn’t long before the Tritons held their first lead.

With Gardiner out, who has been their leading scorer and rebounder for the majority of the season, Mehrens filled the role.

He finished with 17 points and was a spark when his team needed a push.

“There is nothing better than being out here with my teammates,” Mehrens said. “Being a senior I bring the intensity every day and not taking any of it for granted.”

But even after he hit a long 2-point jump shot to end the third quarter, Calvary Chapel did not go away.

The Eagles got within two points with three straight scores by Handing but that was as close as they would get.

“This was a big win for us,” said Grace, who finished with 18 points. “Everyone just played together and we gave it our all.”

San Clemente will now play Los Alamitos in a semifinal game. This will be the second meeting between the two teams. The first was back on Nov. 11 where the Griffins won 57-42.

It doesn’t look like the Tritons will be at full strength but wins with a shorthanded roster can do nothing but gain confidence with league play coming up.

“We showed that guys can do multiple things for us and chances to show it in games,” Popovich said. “It’s fantastic.”