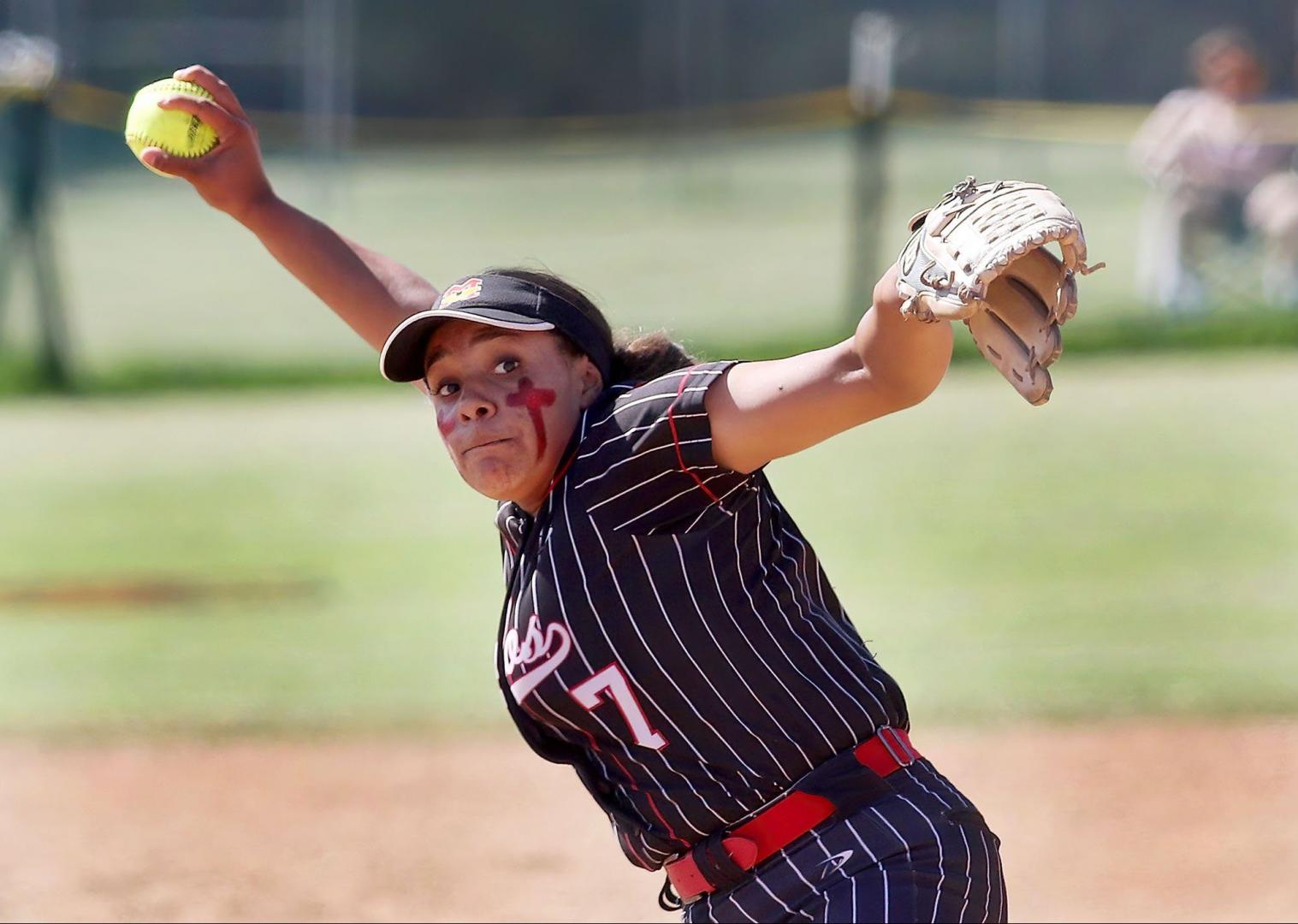 Diablos survive with a 1-0 win over El Segundo

A CIF-Southern Section first round loss to Warren was still fresh in the players minds.

So coach Clint Watson handed the ball to his best pitcher.

Sophomore Sofia Elliott did not disappoint.

She threw a complete game shutout allowing just four hits on 91 pitches. The Diablos avenged their playoff loss with a 1-0 win over El Segundo and advancing to the CIF-Southern Section second round on Thursday afternoon.

“She is a competitor.”  Watson said of Elliott. “She has the will to win.”

Elliott entered the afternoon uncharacteristically giving up seven earned runs over the last 13 innings but quickly put it behind her.

She retired the first three batters in order and worked out of a two-out jam in the second inning when catcher Hailey Gald picked off Allie Stevenson on a throw back to first.

The Diablos also picked up its pitcher early in the game when senior Sammy Woods bunted for a single and the offense manufactured a run. Sophomore Ava Tabangcura and Shayna Glass moved her over for Kara King to drive her in on a sacrifice fly to left field.

“Every run counts as you can see so manufacturing runs are very important,” Watson said.

The one run was all that was needed.

Elliott retired 13 of the next 15 batters and El Segundo’s two singles that managed to get through the defense were quickly retired.

“My rise ball and my screw ball were really working today,” said Elliott, who also finished with six strikeouts. “The screw ball is something I have been going to all year. It’s really been comparable with my curve ball.”

Elliott has seen much improvement from last year’s successful freshman season. She has dropped her ERA almost one whole point from 3.07 to 2.20 and more than doubled her strikeout total from just 51 to 111 in just 10 more total innings pitched.

She also has thrown to Gald since they were eight years old.

“We have the same personality so we bonded pretty quickly,” Elliott said. “We hold each other accountable and I think that really helps with pitchers and catchers.”

While the Diablos held the lead, the offense was shut down after the first inning as senior Bailey Douglass-Gertich nearly matched Elliott pitch for pitch.

She gave up the one run in the first inning, but allowed just four hits. She also compiled seven strikeouts.

Mission Viejo’s four hits was the lowest in a game since a March 22 loss to Roosevelt but Watson said he wasn’t concerned.

“It’s the playoffs. Every game is going to be a dogfight,” Watson said. “We found a way to get the win.”

The Diablos will now travel to La Habra for a game against Senora. The Raiders finished third in the Freeway League.

“We have to clean up the hitting but once we do that I know good things will happen,” Watson said.

Capo Valley Christian’s Natalie Gleason rises above all challenges during her historic season
Pitching, defense have been the right ingredients for Mission Viejo softball’s CIF run