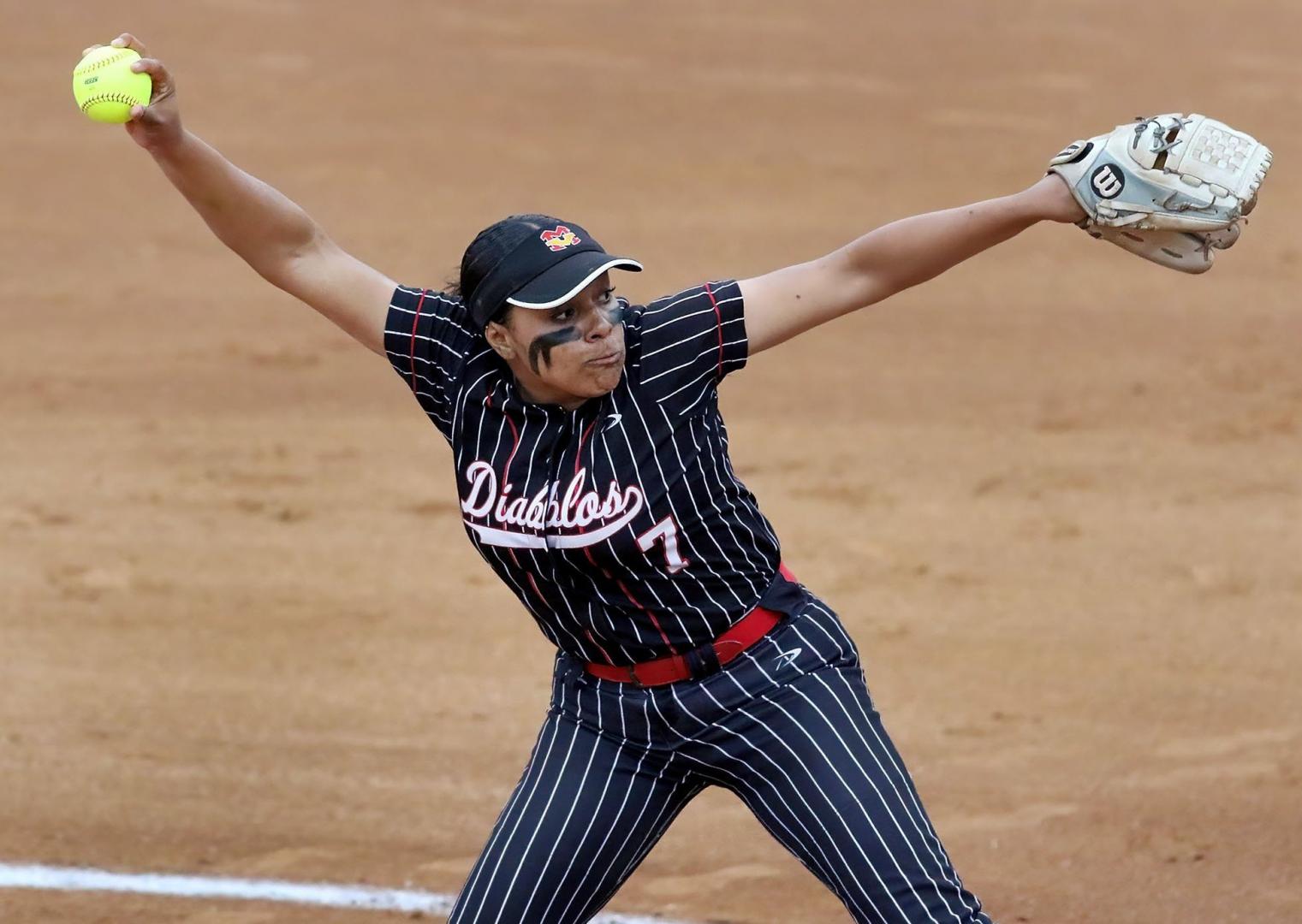 Elliott takes a no-hitter into the sixth inning, finishes with 8 Ks in 2-1 win over Long Beach Millikan

Ten days ago she struck out 13 batters in a win over Senora.

But the girl that was nicknamed So-So by her grandmother had her brightest moment of her career on Friday night.

She would pitch a gem, keeping her team ahead the entire game and claimed a 2-1 victory over Long Beach Millikan to win the 2022 CIF-Southern Section Division 2 Championship.

“I have the best pitcher in Division 2,” Diablos coach Clint Watson said with a smile. “She’s a competitor.”

She finished giving up one run on three hits and stuck out eight. She was also six outs shy from throwing a no-hitter.

“I have every emotion possible right now,” Elliot said tearing up. “Look at me I’m crying, I’m ecstatic. I’m excited. I just wanted to send my seniors off right.”

Elliott entered Deanna Manning Stadium not giving up a run this postseason.

She picked up right where she left off retiring the Rams in order in he first inning.

During the bottom half of the inning she helped her own cause lacing a triple to right center field.

It wasn’t long before senior outfielder Shayna Glass doubled to left field to score Sienna Cline who courtesy ran for Elliott. Mission Viejo was ahead 2-0.

Sitting with a comfortable lead, Elliott began to find her groove.

In fact, Schaffel retired 11 batters in a row at one point until Brooke Finneran broke up it up with a single in the fifth inning.

Elliott was also pitching a no-hitter entering the top of the sixth inning until outfielder Robin Garcia lead off with a single. She came around to score when Erica Estrada singled to left field but the Diablos got out of the inning on a ground out to shortstop Sammi Woods.

Their lead was still in tact.

“I just tried to keep going and not think about the no-hitter,” Elliott said. ‘I don’t want it to sound bad but I knew I had to be better than (Ava).”

Elliott came out in the seventh inning and three o outs later, she and her teammates celebrated

But it wasn’t easy. Elliott worked out of the inning with the tying run at second base. Finally, she struck out Garcia to end the game.

“I have all my trust in her and I wasn’t even worried about the outcome of this game,” Glass said of Elliott afterwards.

Glass is just one of five seniors on this team who will exit Mission Viejo High School as CIF champions and as she put her arm around Woods, they couldn’t help but reflect how far them have come.

“It’s a lot of emotions because it’s four years of work you put into one program,” Woods said. “When it finally happens your senior year, it’s so bittersweet. Everything has paid off but now we have to leave.”

That’s not to say they won’t have some words of encouragement to the players who will return next year. The Diablos return all but Glass, Woods and Sarah Araujo from their lineup.

“You never know when it is going to bet your last pitch so give all you have,” Glass said. “I love these girls.”