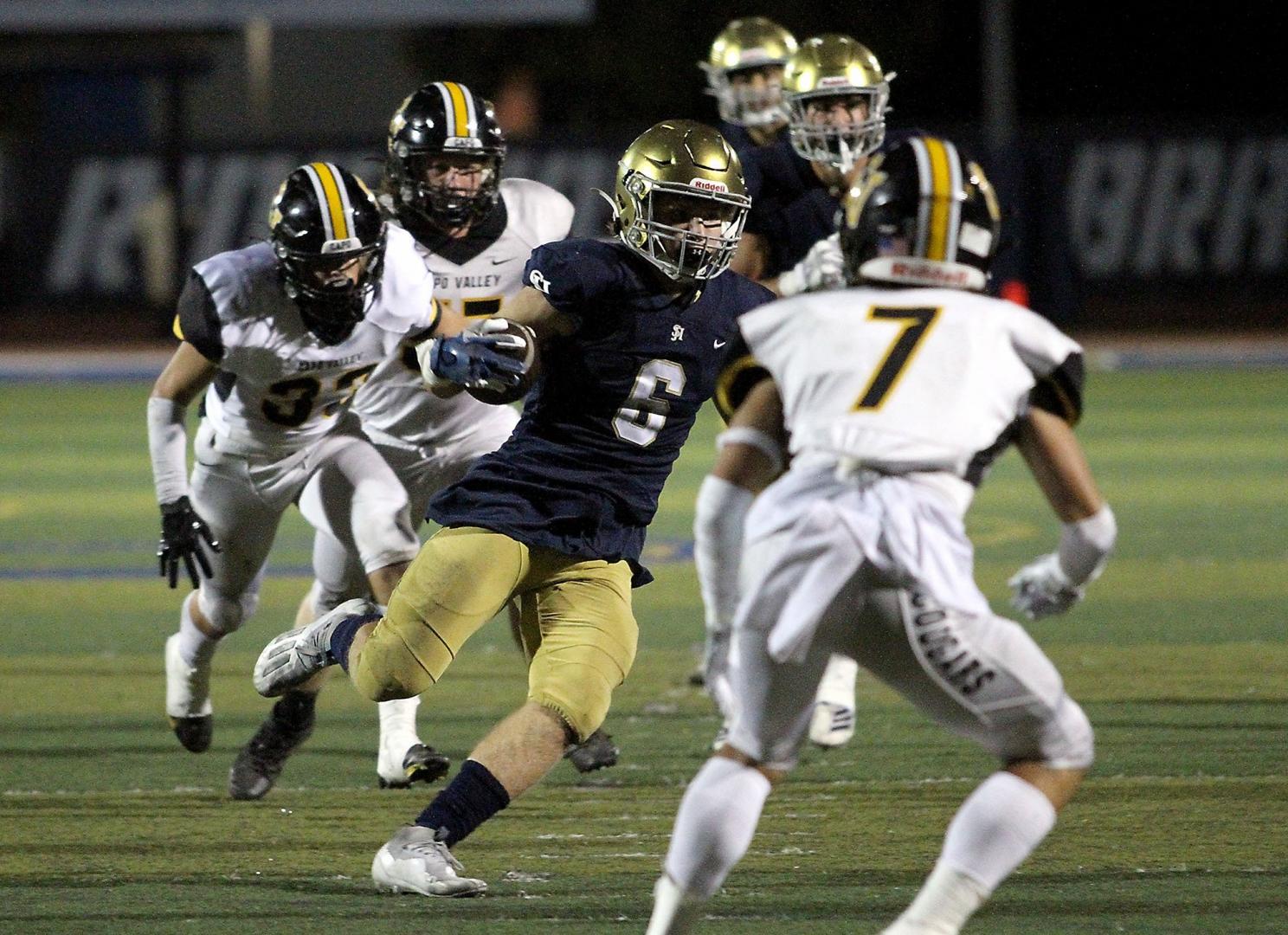 San Juan Hills senior running back John Gaines rushes the ball through the defense during a high school football gasme against Capo Valley, Oct. 8, 2021. San Juan Hills will move into the Sea View League during the 2022 season while Capo Valley will play in the South Coast League (Ryan Kuhn, SOCoPrepSports.com File)

The Cougars are moving to the South Coast League.

The decision came last week where principals and coaches from both leagues met to discuss any changes might be made to the two league . Typically, every two years the Sea View League champion is replaced with the South Coast League last place team to create a more competitive edge.

San Juan Hills will also move to the Sea View League for the next two years.

“When the news came out it was kind of a shock,” Capo Valley coach Sean Curtis said. “Everyone wanted to stay in the Sea View League because we won it the last two years.”

The South Coast League have been considered one of the most challenging public school leagues over the seven years with Mission Viejo and San Clemente.

Mission Viejo and San Clemente sat the vote out because they didn’t want to go against the leagues’ constitution and Tesoro did not vote because it was trying to for its own appeal to move to the Sea View League.

“I was stress free the whole time,” Frith said. “If we were left in the South Coast League we wouldn’t have said a word. If they want to amend the constitution and look at different data then they should do that. Sometimes you have to look at things differently but I don’t know if that is going to happen.”

San Juan Hills has seen success in the Sea View League this past season outscoring its opponents, El Toro and Capo Valley, 108-26 but Frith has also coached the Stallions to including two straight 4-0 league records during the 2018 and 2019 seasons. Prior to that coach Aaron Flowers led the San Juan Hills to a 4-0 league record in 2013.

The Cougars has not seen as much success while in the South Coast League with its best league record being 2-3 in 2004, but Curtis is embracing the new challenge.

“It’s a great opportunity to keep climbing as a program,” Curtis said. “There’s nothing we can do about it so we aren’t going to run from it.”

As of now Capo Valley and San Juan Hills are not scheduled to face each other next year after squaring the last three seasons.