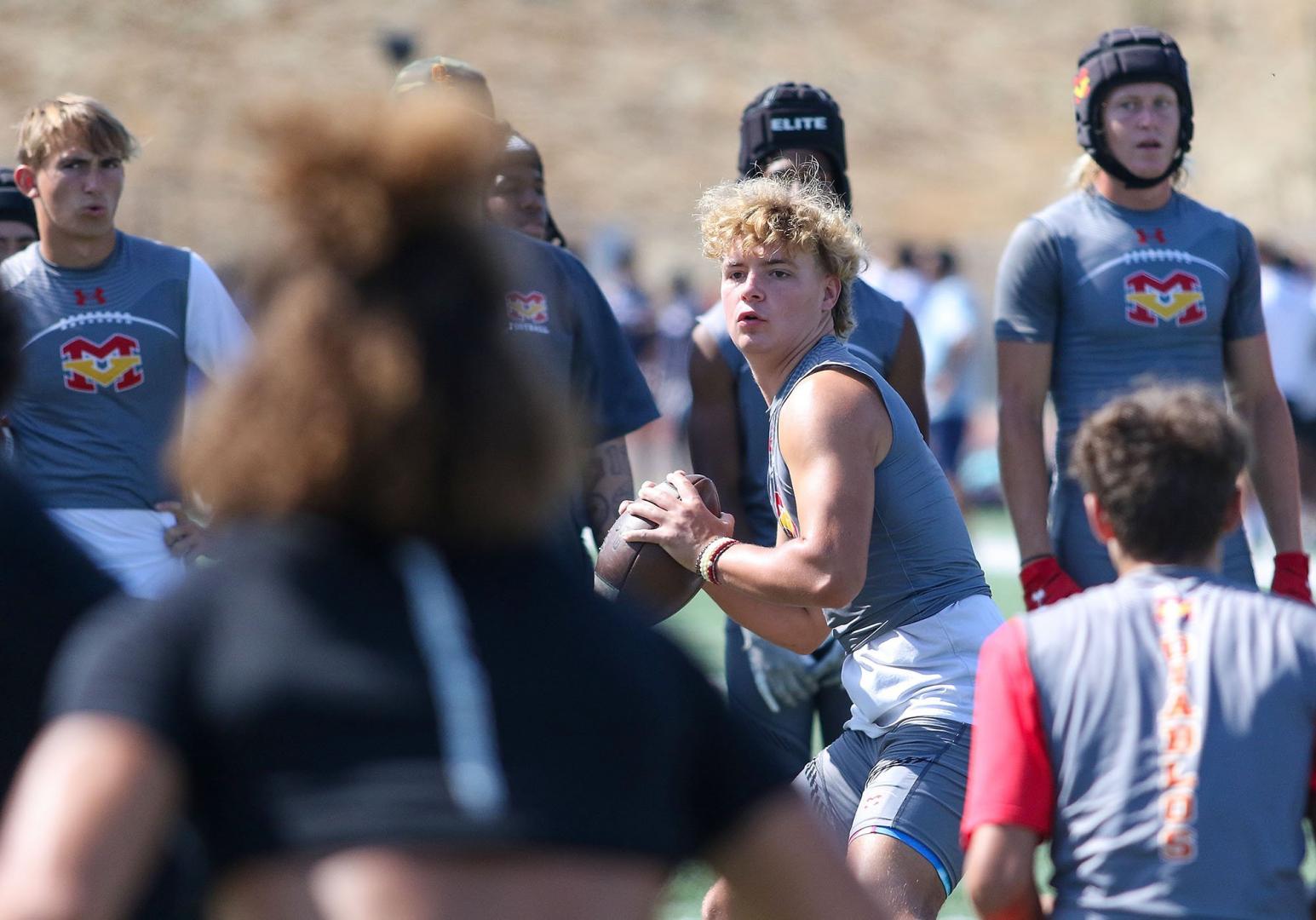 They left their traditional helmets and pads back home.

The official start date for fall football is not until Aug. 1.

But players can still fine tune their skills. They just play in a 7-on-7 football tournament.

The rules of 7-on-7 football are fairly simple.

Games are 30 minutes long, with each team starting at the opponent’s 40-yard line.

The quarterback has three seconds to throw the ball and has three downs to get to the 20-yard line. From there, they have four downs to score a touchdown. A receiver is marked down by one-hand touch and the defense cannot pressure the quarterback.

Whether on offense or defense, everyone seems to be really enjoying the game.

“You have to love 7-on-7,” Capo Valley quarterback Trey Kukuk said. “It’s a great way to build a team and build chemistry.”

A rise in popularity

7-on-7 football has seen a 43 percent increase in participation between 2014 and 2018 according to Xenith, who manufactures football equipment.

High schools such as Edison, Corona Del Mar and Laguna Beach put on 7-on-7 passing tournaments with most schools in South Orange County participating.

Mission Viejo won last week’s Battle of the Beach in Huntington Beach by taking down Mater Dei and has also hosted its 7-on-7 passing tournament for almost 30 years.

Returning quarterback Kadin Semonza threw five touchdown passes to lead the Diablos to a tournament championship following a win over Warren. Senior wide receiver Mikey Matthews also caught a few touchdowns earlier in the day and has taken full advantage of the opportunity not only at the high school level but also at the club level.

“The club level is more competitive with all-star teams where you mostly go up against man-to-man coverage,” Matthews said. “It sharpens my fundamentals.” 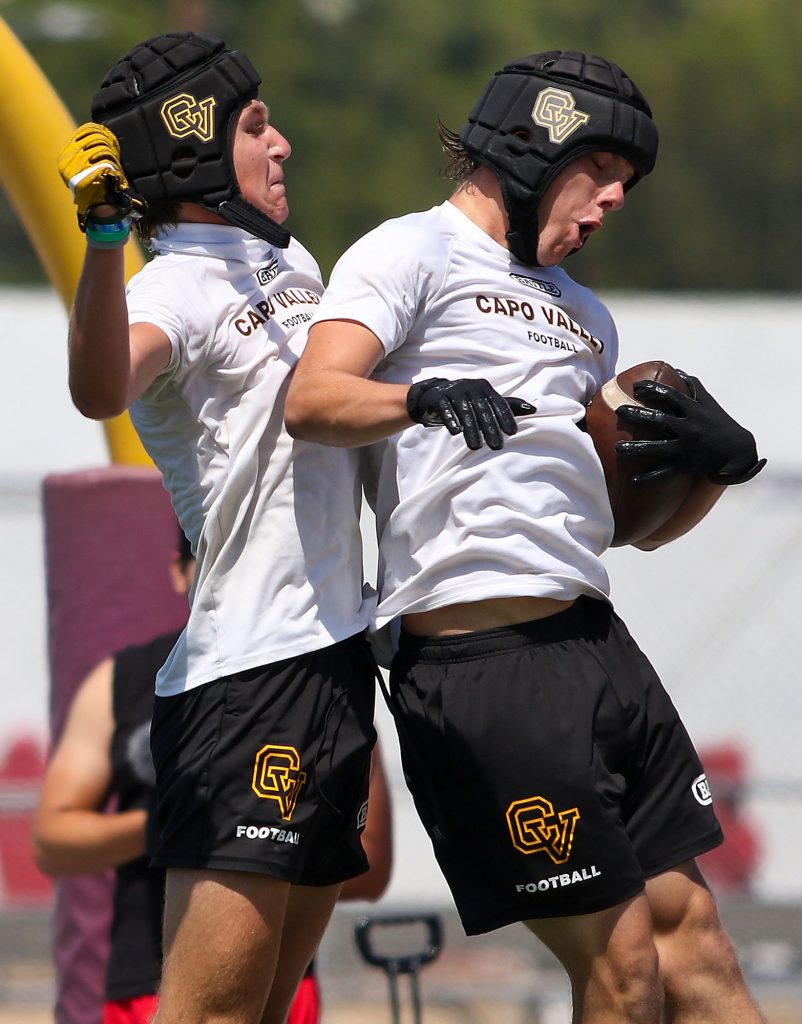 While teams are embracing the 7-on-7 football summer culture, coaches are approaching the sport in their own way.

Trabuco Hills coach Mark Nolan gives his team the entire month of July off and doesn’t participate in any passing tournaments.

Instead, he intentionally schedules teams in June to participate either home or away practices.

“It’s a drill, it’s a mechanism and it’s a way to improve and get better,” Nolan said.

Nolan’s teams did participate in passing tournaments roughly 15 years ago, but now he doesn’t want to risk any injures to his players.

San Juan Hills coach Rob Frith signed his team up to just one tournament. It was out of town, 40 miles south in San Diego.

The Stallions finished 5-0 and came home with the championship trophy. Frith liked the tournament down there because it was not a distraction.

“When you are doing passing tournaments in Orange County, you see the same teams all the time,” Frith said. “I find when I take the players to a place where they don’t know each other, they are focused on the task at hand and their opponents. We also saw some really good teams like Mission Hills and La Costa Canyon.”

Capo Valley is also using passing tournaments as an opportunity to play against teams they would not schedule during the regular season.

The Cougars faced Trinity League powerhouse St. John Bosco last week in a tournament and, while Mission Viejo is slated on their schedule for Week 10, coach Sean Curtis said testing themselves against the Diablos’ high powered offense or a St. John Bosco defense is only a chance to get better.

“It’s the best way to prepare with so many quality teams in the area,” Curtis said. “It doesn’t matter if it is a tournament or not; we just want to find the best competition around.”

The popularity of 7-on-7 football within South Orange County doesn’t look to be diminishing.

Players celebrate touchdowns and victories, and the competitiveness makes these tournaments more popular than ever.

But each program has its own method of approaching them, and with no right or wrong way, it’s all about finding the balance.

“You can do too much of it, and you can do not enough of it,” Aliso Niguel coach Mike Callahan said. “Finding that sweet spot is the hardest part.”