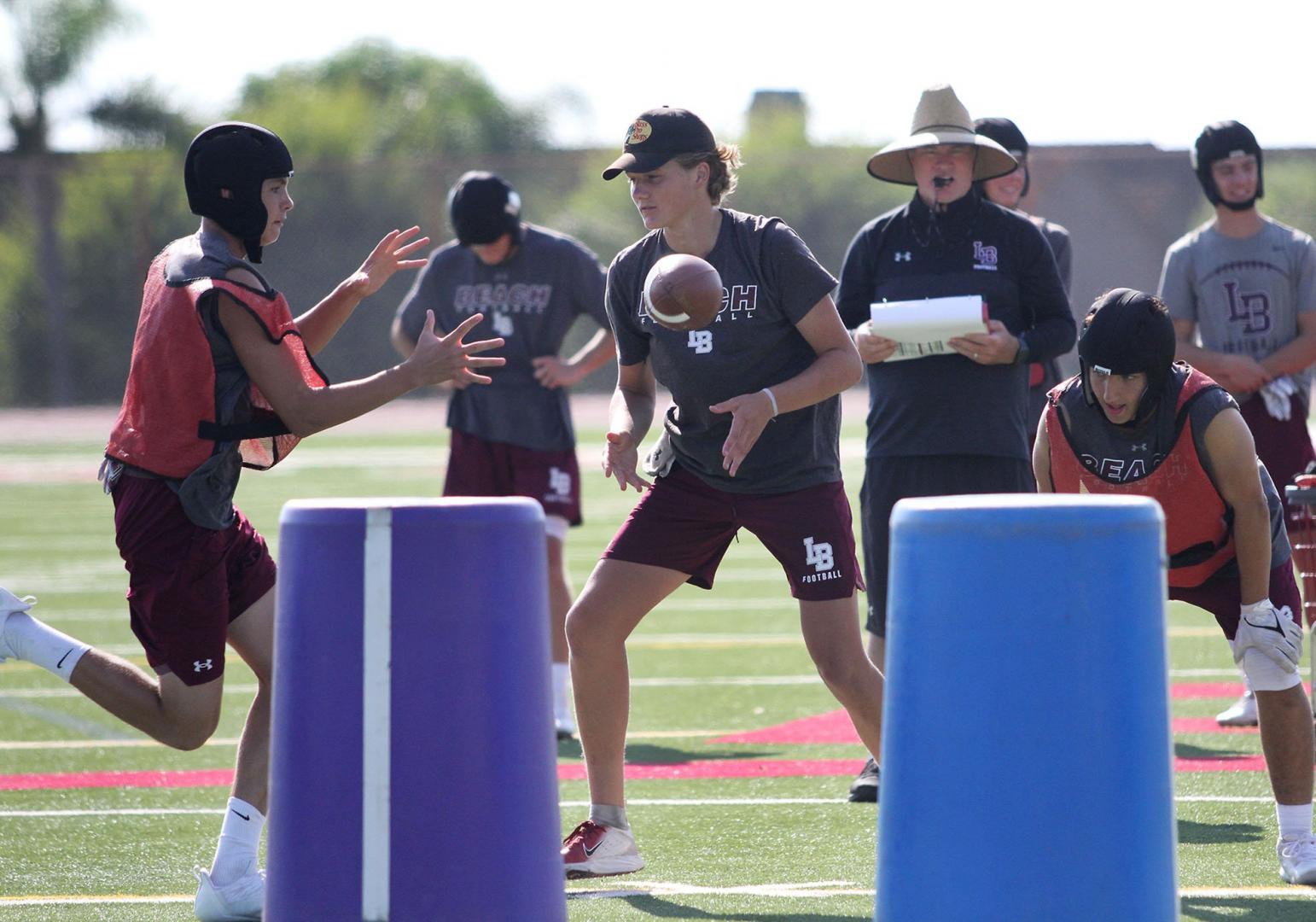 LAGUNA BEACH — This past spring wasn’t kind to Laguna Beach.

The Breakers won only one game in a condensed five-game season.

A future that starts in a next week when the Breakers host Costa Mesa on Aug. 20.

“We have to bounce back from last season, but there are so many unknowns.” Shanahan said.

One thing the Breakers do know is who their starting quarterback will be.

Will Bingham is playing his third varsity season and his second as Laguna Beach’s starter.

“I definitely struggled,” said Bingham, a senior “Especially with my decision making.”

After very limited time as the sophomore backup to AJ Johnson in 2019, Bingham finished last spring with 1,133 passing yards and threw 12 interceptions.

“We just kind of jumped into the season; there was no 7-on-7 passing season,” Bingham said. “It was definitely an up-and-down season.”

But the weight of the offense isn’t entirely on Bingham. He will have some help on offense with the running back tandem of Tyler Fields and Buckhorn Cooper.

They got limited carries last season due to being behind Jackson Golden on the depth chart. This season, they are ready to shine.

“We are pretty similar in size and we are really good friends outside of football,” Fields said. “We always battle trying to get each other’s spots, but it’s always a fun battle.”

Fields describes himself as a slippery running back who is able to get through tight spaces. Cooper calls himself the speedster.

“I like to get to the outside and create some space,” Cooper said.

On defense, the Breakers return Luke Degner, who had one of the team’s four interceptions last season.

Laguna Beach is not only the smallest school in Orange County, but Shanahan said traditionally their players’ size has also made them one of the smallest teams as well.

That’s not to say the program hasn’t been successful.

With their lone win against Jurupa Valley, Shanahan knows football is a fickle game.

“A couple of years ago we got a lot of breaks, but then 2019 and the 2021 spring, things didn’t start to go our way,” Shanahan said. “We know because of our size that we can lose to anybody. If a team is more physical than us, we find ourselves in trouble, but if we play well and if we play clean, we can take down some teams.”

Shanahan has a a little more than a week before Laguna Beach kicks off its season against Costa Mesa.  He said there are a lot of unknowns, but the one thing his players know is the struggle that happened just five months ago.

“I want to 100 percent keep last season in the back of my head,” Bingham said. “We just have to clear the mistakes out of it and create a fresh mindset.”