The sophomore scores 19 points in Stallions’ win over Trabuco Hills 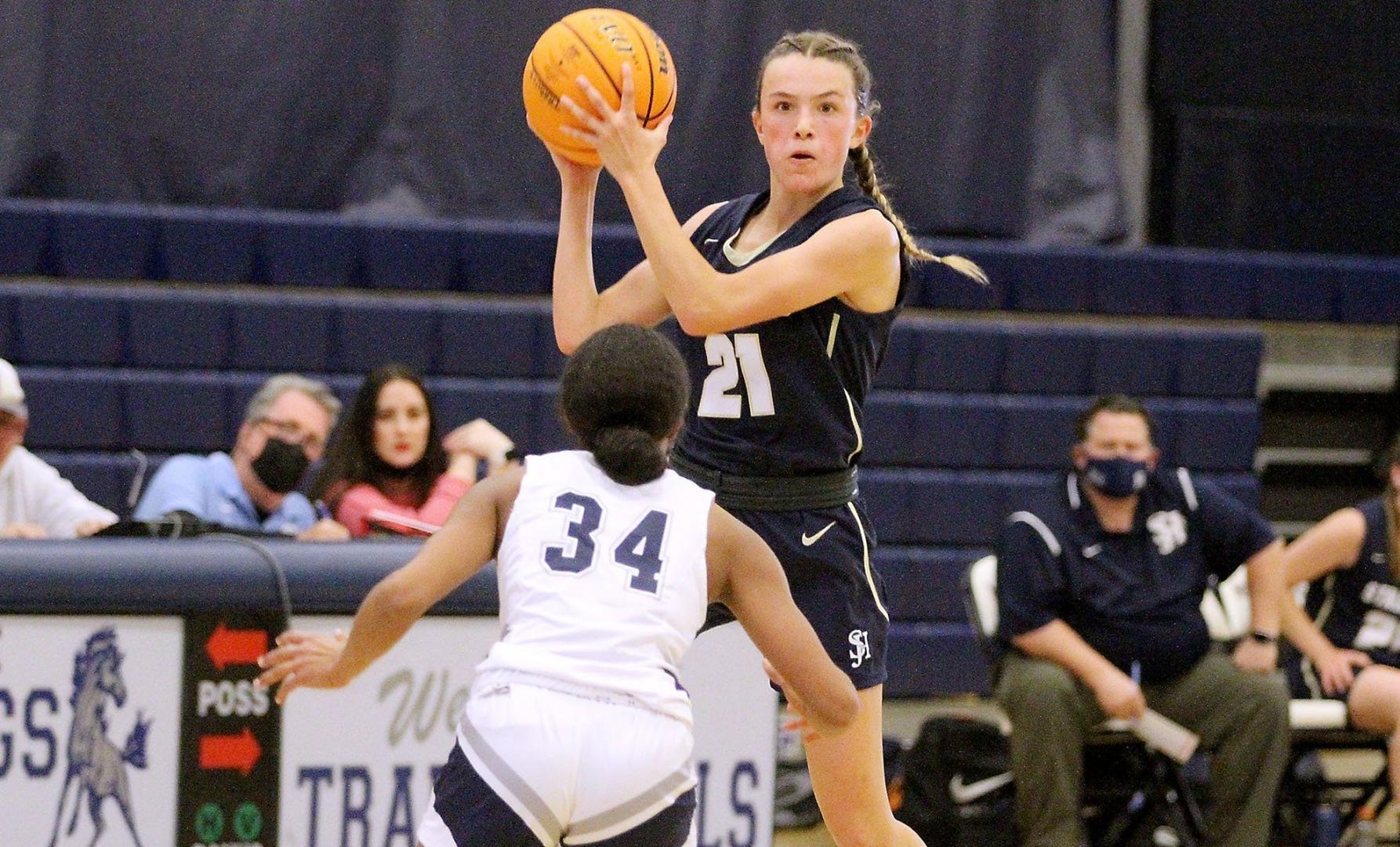 But her experience has turned her into a leader.

Peterson scored a game-high 19 points as the Stallions cruised to a 46-30 win over Trabuco Hills on Saturday afternoon.

“There was a lot of good (upperclassmen) that taught me the ways of high school basketball,” Peterson said. “Now I get to be one of those leaders.”

Peterson said she has come a long way from last year and her production proves her right.

She leads the team with 14.4 points per game, nearly doubling her average from last year.

“I knew she was going to have a breakout season,” Stallions coach Paul Edwards said. “She’s just so aggressive. She’s quick off the jump and her athleticism is just the starting point.”

It didn’t take long for Peterson to get going as she scored her first two buckets to help San Juan Hills jump out to an early lead.

Junior point guard Lily Sisson added a 3-pointer and freshman Anna Shreeve added to the offense and the Stallions held a 14-6 lead after the first quarter.

The Stallions were just coming off of a win last night where it held Capo Valley to 13 total points. It held the Mustangs to 13 points in the first half.

“We don’t have a six footer sitting in the middle so we have to be smart defensively,” Edwards said. “We have to extend the floor and being aggressive with our press so we can get easy buckets.”

Trabuco Hills cut into its deficit at the start of the second half when senior Alysa De Lorez hit a 3-pointer but the Mustangs’ momentum quickly faded.

The Stallions finished the quarter on a 12-2 run with scores by Peterson, Shreeve, Kylie Ward and Amanda Edwards.

“When are in transition, we are at our best,” Paul Edwards said.

Peterson kept her momentum going in the final quarter when she started with a second 3-pointer and didn’t look back.

Her 19 points was just eight points off her career high when she scored 28 points earlier this months in a tournament game against Rowland.

“I hit some 3s and pushing the ball up the floor and kicking the ball out really helped me,” Peterson said. “We played better in the second half.”

“It’s important for our team not to give up,” Mustangs coach Calvin Mackey said. “They are capable, it’s just they have to come ready to play for four quarters.”

San Juan Hills will now go back to tournament play when start the Marina Tournament on Dec. 20.

As for Peterson, she will look to extend her streak of five consecutive games scoring in double digits when she and her teammates step onto the court against King/Drew of Los Angeles.

“The sky’s the limit,” Paul Edwards said of Peterson. “She has some big years ahead of her.”