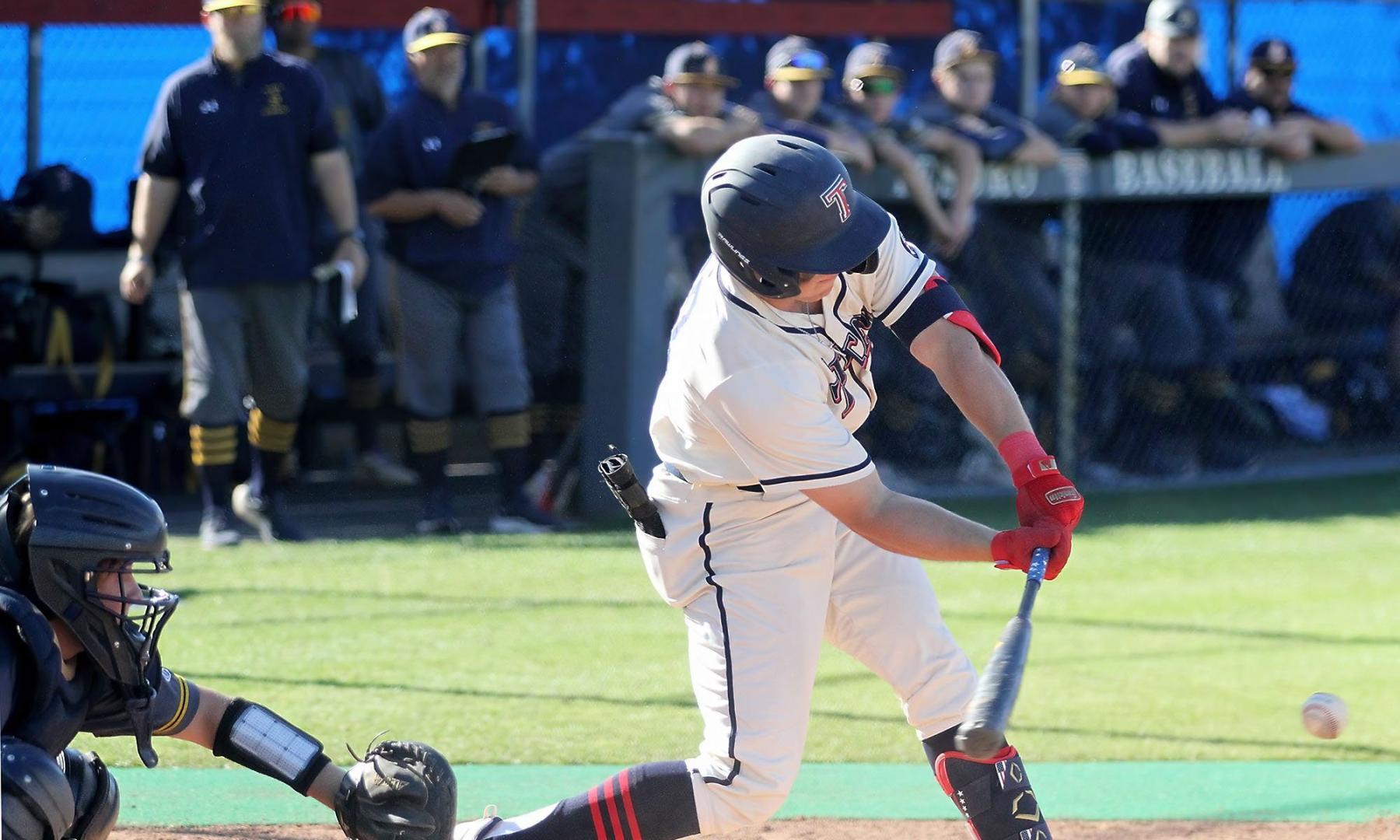 RANCHO SANTA MARGARITA — Tesoro baseball coach Tony Nieto stood in his dugout looking out at the scoreboard in left field.

It showed that his Titans had just defeated Crean Lutheran, 6-2, for their fifth straight win and 13th in 14 games.

“We have had a full year to implement our culture and structure and our players have bought into it,” Nieto said.

Nieto arrived to Tesoro in October of 2020 after spending 16 years at California High School in Whittier and two seasons as Capo Valley pitching coach.

His first season saw his team drop from first to fourth after some losses against Dana Hills and El Toro in South Coast League play and he makes sure none of the players forget that.

“We all remember that. These guys have a sour taste in their mouths,” Neito said. “We have to play and finish.”

The Titans entered Wednesday afternoon looking for a perfect finish to the Anaheim Lions Tournament where it already defeated out-of-state teams, Layton, McQueen and West Linn.

But it took some time for the offense to heat up.

Just two days after scoring 21 runs, Titan players were left stranded in scoring position in the first and second innings.

Finally in the third inning, sophomore Owen Faust stepped to the plate with the bases load and scored three runs with a double down the third base line.

“It felt good,” said Faust, who finished the afternoon 2-for-3 with 3 RBIs. “I was looking for that one pitch and I took it to the left side.”

The Saints quickly answered with two runs scored in the top of the fourth inning, but their offense was shut down following a pitching change.

Even though Josh Ferry started the game and allowed just the two runs and a single hit, Nieto said the depth of his pitching staff will be a strength this season. Seth Wood came to relief him in the fourth inning and Jake Lambdin closed the game out pitching the seventh.

“These guys throw strikes and keep the game close,” Nieto said. “We have guys who can come into pitch from playing the field, guys who can go from infield to outfield and so on. I hope this depth will help us during league play.”

Woolley added a sacrifice fly in the sixth that sealed the win.

“I’m proud of these guys for sticking together,” Nieto said. “It was a long week playing six games in eight days and we stick together.”

Tesoro’s schedule doesn’t get any easier as it opens up South Coast League play next week against El Toro.

“We want to elevate this program and say, ‘hey we have good players like everyone else,’” Nieto said. “This league will be a dogfight with all these teams having championship banners in the outfield. Now, we are trying to do the same.”

El Toro is coming off two straight losses in the Anaheim Lions Tournament and faces Dos Pueblos Goleta in their final game before next week.

“We are always ready,” Faust said. “Let’s keep the same energy and everything will fall in place.”