Titans use small ball to capture a 5-0 victory 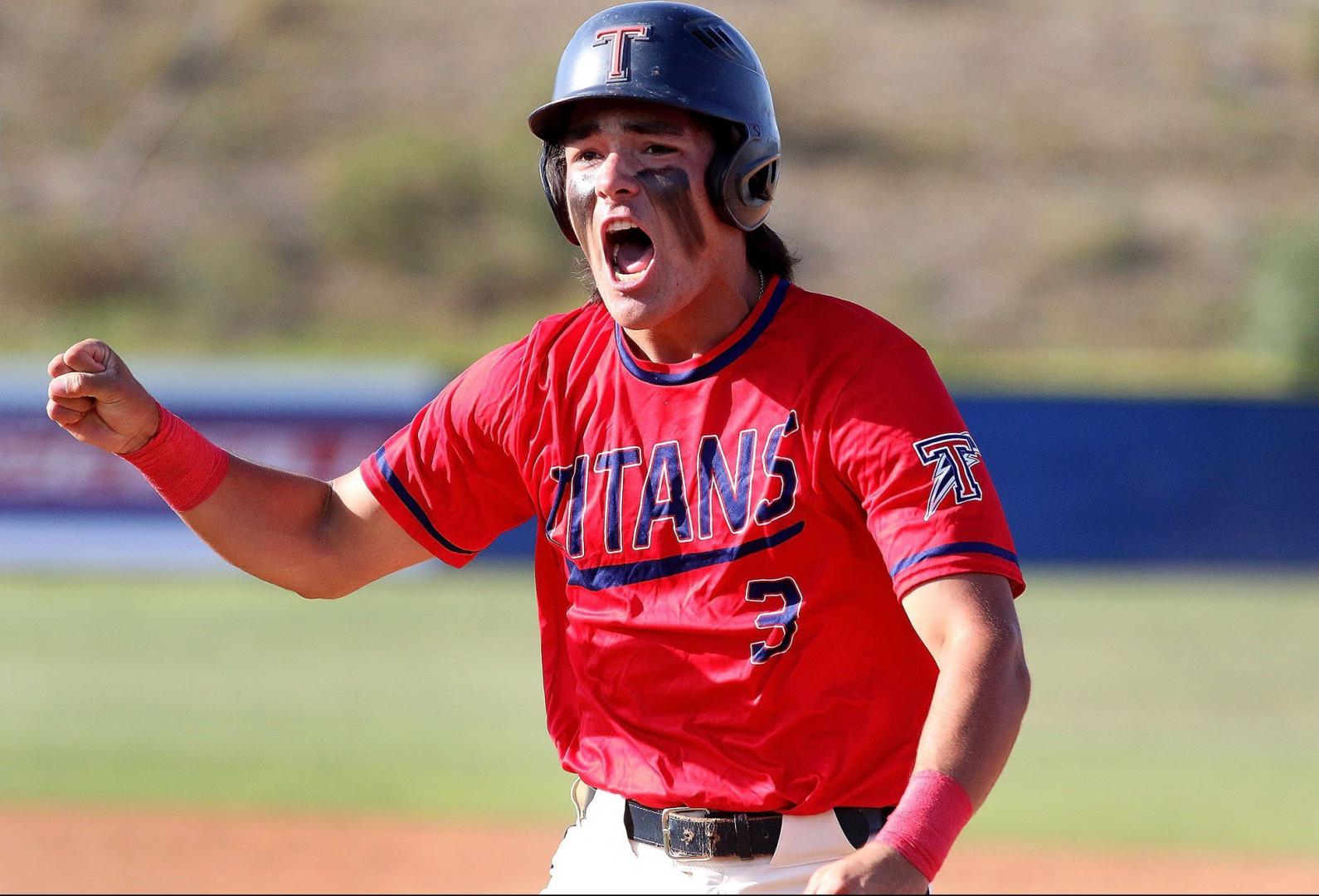 RANCHO SANTA MARGARITA — Tesoro’s baseball team has had Dana Hills’ number at home over the past few years.

In fact, the Titans have won six out of its last seven meetings.

But Friday’s game could have been the biggest win with its season hanging in a balance.

Tesoro’s 5-0 shout out over the Dolphins clinched them a spot in the CIF-Southern Section Division 4 playoffs.

Dana Hills will miss the playoffs for the first time since 2013.

“I’m so proud of our guys and the residency we had today,” Titans coach Tony Nieto said.

The Titans experienced waves of emotion throughout their South Coast League schedule. It was almost like a roller coaster.

After starting the season winning its first three games, it lost its next five games in a row knowing a postseason ticket wasn’t guaranteed.

“We are a good team but we ran into some other good teams in our league,” Nieto said. “The way the schedule was this turned out to be a loser-leave-town match.”

So Nieto knew he needed the best out of his players.

Tesoro jumped in front during the bottom of the first inning when sophomore Owen Faust laid down a safety squeeze to bring home Jake Lamdin.

The Titans continued to put pressure on Dana Hills by getting runners on base in the second, third and fourth innings, but junior pitcher Andrew Nesson remained composed and worked his way out of each jam.

But Tesoro matched the Dolphins’ composure.

Sophomore Ryan Ríos made just his second varsity start. His first was last week when he defeat Capo Valley.

While he said he wasn’t necessarily thrilled being on JV most of the season he embraced his starting role and learned from it.

“Every situation that I faced just made me a better pitcher,” Rios said of being on JV. “It helped my confidence a lot.”

He finished nearly throwing a complete game, allowing one hit and at one point retired 14 batters in a row.

Jake Lambin came in with one out in the seventh to finish the game.

“I knew my defense was locked down so I just pitched to contact and got outs,” Rios said.

Tesoro finally broke the game open in the fifth inning when Nate Molinari took advantage of a missed tag on a pickoff to first base and stole home. Dana Hills coach Tom Faris came out to argue the call and was ejected.

From there Dylan Miner laced a RBI-single and one batter later Hunter Sablatura scored on an error.

“We all knew we should be in the playoffs,” Miner said afterwards. “We belong there and so we played an entire game with that mindset. We were going to win that game and there was no other option.”

Tesoro will wait to see who it will be paired with. As of earlier this week the Titans were No. 4 in the Division 4 polls according to the CIF-Southern Section.

“A brand new season. That’s exactly what we needed,” Nieto said. “The South Coast League is a beast. This is a fresh start not only to get in but to go up against different opponents. I feel good about our chances but we need to play like this.”