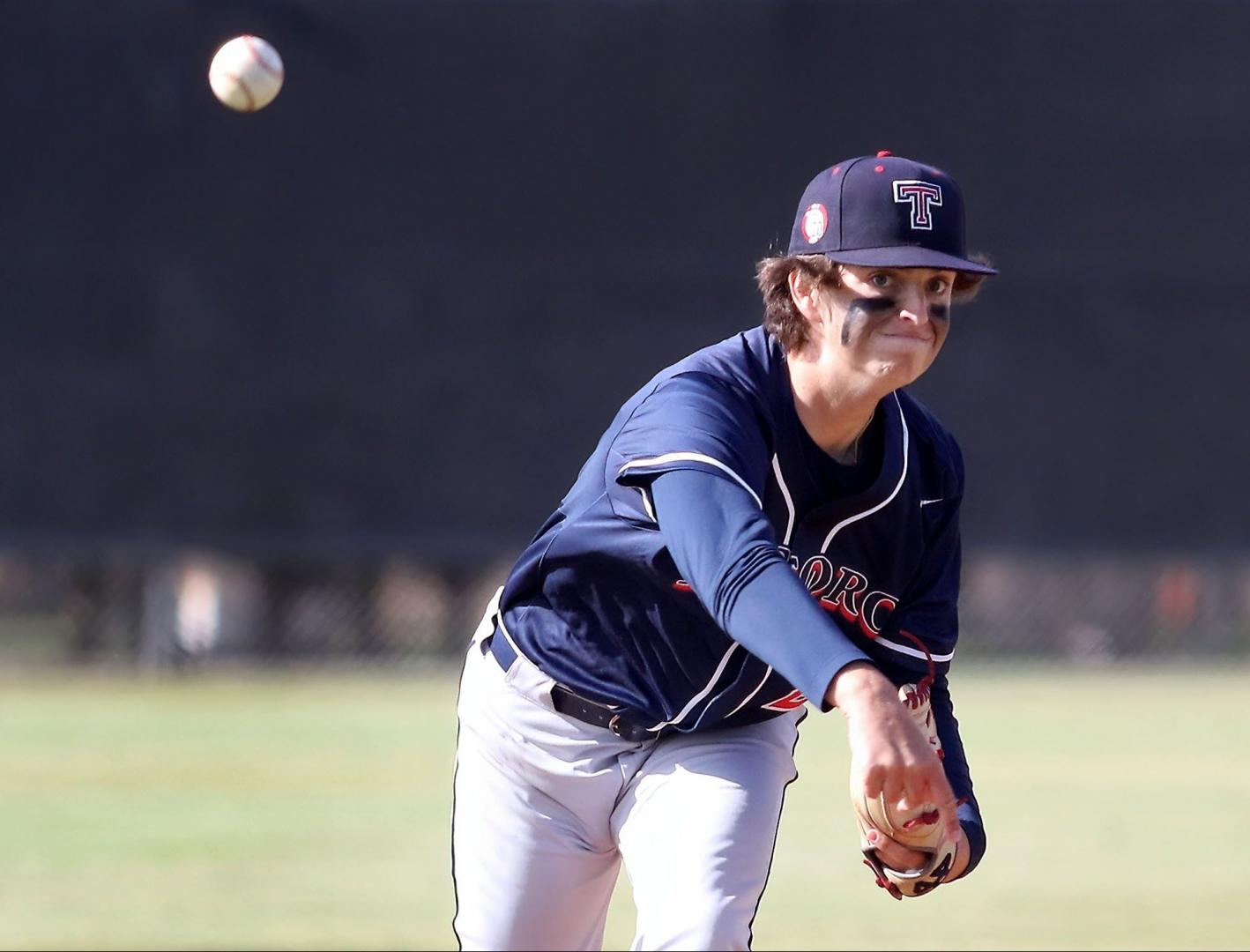 “We played a good, clean ball game that we were cable of,” Titans coach Tony Nieto said. “We haven’t done that in awhile so it felt good.”

Tesoro had lost its last five South Coast League games and dropped from first to fourth in league play after after starting by sweeping El Toro.

Nieto said he was going to make some changes prior to the series finale so he called upon sophomore Ryan Rios who made his first varsity start.

“I wasn’t nervous,” Rios said with a smile. “Once I took the mound I was fine.”

Rios started the game retiring nine of the first 11 batters and then his offense lent him a helping hand.

Rios allowed a RBI single to Capo Valley’s Michael Alva in the bottom of the fourth inning but his team was on top and he couldn’t have asked for a better varsity debut.

He threw five innings, giving up the one run on three hits and struck out four batters.

“He threw strikes, he kept Capo off-balanced and gave us an opportunity,” Nieto said of Rios. “I”m so proud of him.”

Tesoro added two more insurance runs in the fifth inning and that was all that needed.

Capo Valley attempted a comeback when Tyler Montgomery laced a 2-RBI single up the middle but a three-run deficit was as close as it could come.

The Cougars might have had to wait to celebrate a back-to-back league championships, but will get an opportunity on Tuesday when they host Mission Viejo.

“Anytime you have an opportunity to clinch a league title you want to do it but give credit to Tesoro. They beat us in every facet of the game,” Capo Valley coach Adam Sorgi said. “They made great plays, they had timely hitting and they pitched better than us.”

Tesoro will look to solidify third place when it starts a three game series against Dana Hills also on Tuesday. Both teams have identical records so the winner will head to the playoffs.

“We need to continue this moment and to do that we need to play our brand of baseball,” Nieto said. “We did that at the beginning part of the season and we need to execute that.”