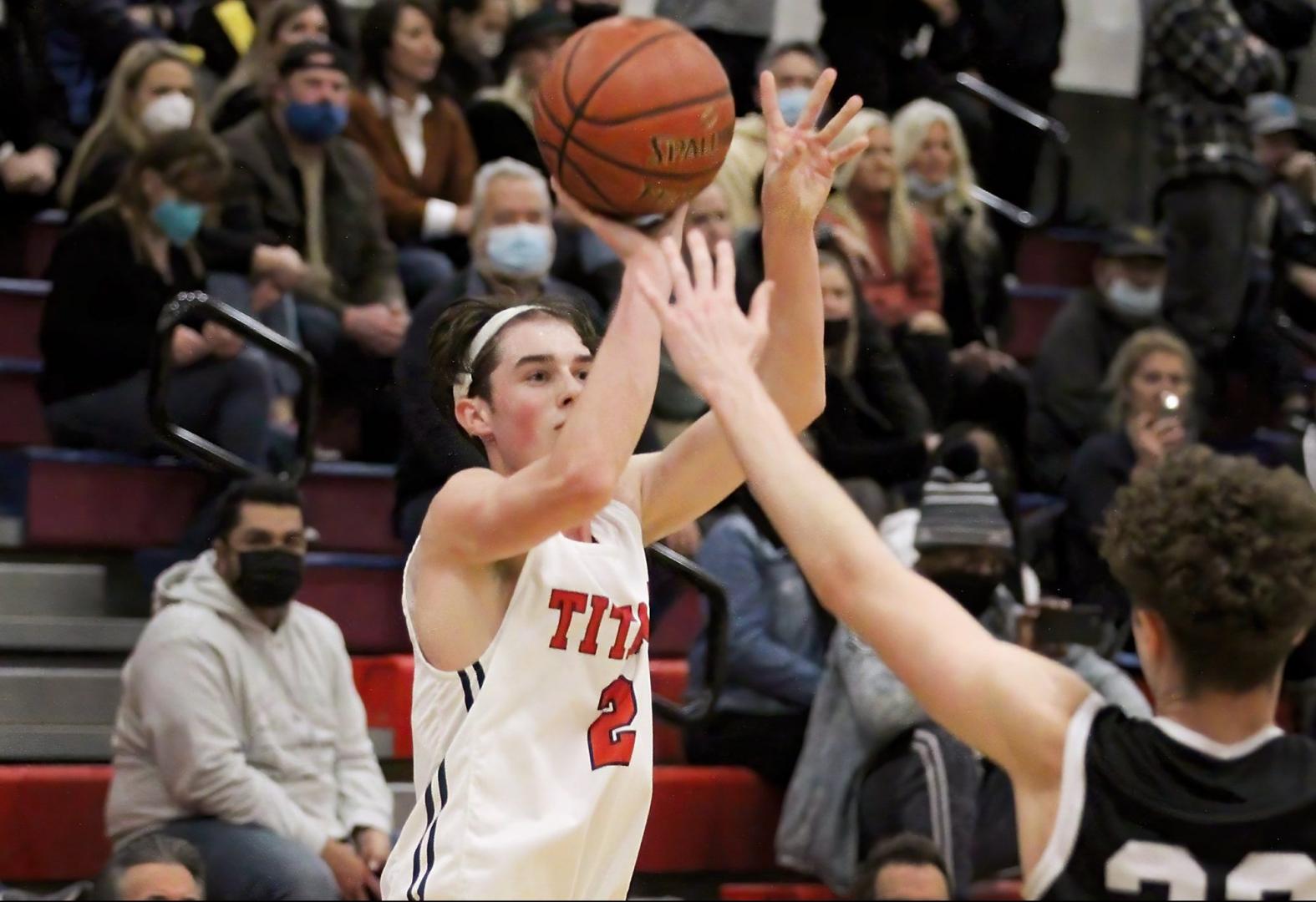 RANCHO SANTA MARGARITA — The Tesoro boys basketball team has made it a point to play with a chip on this shoulder.

Now, not even a year later, the team has completely turned itself around.

The Titans have won six out of its last seven games and lead the South Coast League standings following a 49-40 win over Capo Valley on Friday night.

“Everybody kicked our butts last year,” Tesoro coach Steve Garrett said. “We challenged these players and they have worked hard. They are dedicated and it’s just great seeing the kids reap the benefits.”

Tesoro didn’t waste much time pouncing on its league rival.

Junior Blake Manning hit a 3-pointer that was soon followed by a pair of outside shots from Carson Brown.

After shots by Gavin Thompson and a 3-pointer by Blake Gray, Tesoro was only looking at an 11-9 lead at the end of the first quarter.

Brown hit another 3-pointer and the Titans offense kept attacking the basket. It resulted in five consecutive trips to the free throw line and their once slim advantage turned into a 26-18 lead.

“In league you try to stick with your game. You have to play good defense and play good team basketball,” Garrett said. “It can come down to just a loose call or a role player stepping up.”

On this night, it came down to Tesoro holding its composure following a big third quarter by Capo Valley.

Cougars point guard Justin Davis his touch scoring the first six points in the second half that led his team to a 12-4 run over the course of the third quarter.

“We talked about it at the time out. We just needed to keep playing our game,” Garrett said.

Throughout the fourth quarter, the Titans kept their composure. Capo Valley even took the lead when Efe Gucoglu hit a jump shot with about seven minutes left, but Manning answered with his second 3-pointer and Brown hit the dagger with a 3-pointer over Davis in the final two minutes to seal the game.

“I saw the clock and I knew I had to get that shot up,” Brown said. It just happened to go in.”

“This win was huge,” Garrett said.  “This was a young team last year and teams like Capo pounded us pretty good. I’m so proud of these players.”

Tesoro has now won at least 17 games in 12 of 17 seasons under Garrett and will look to continue its momentum next Wednesday when it hosts San Clemente.