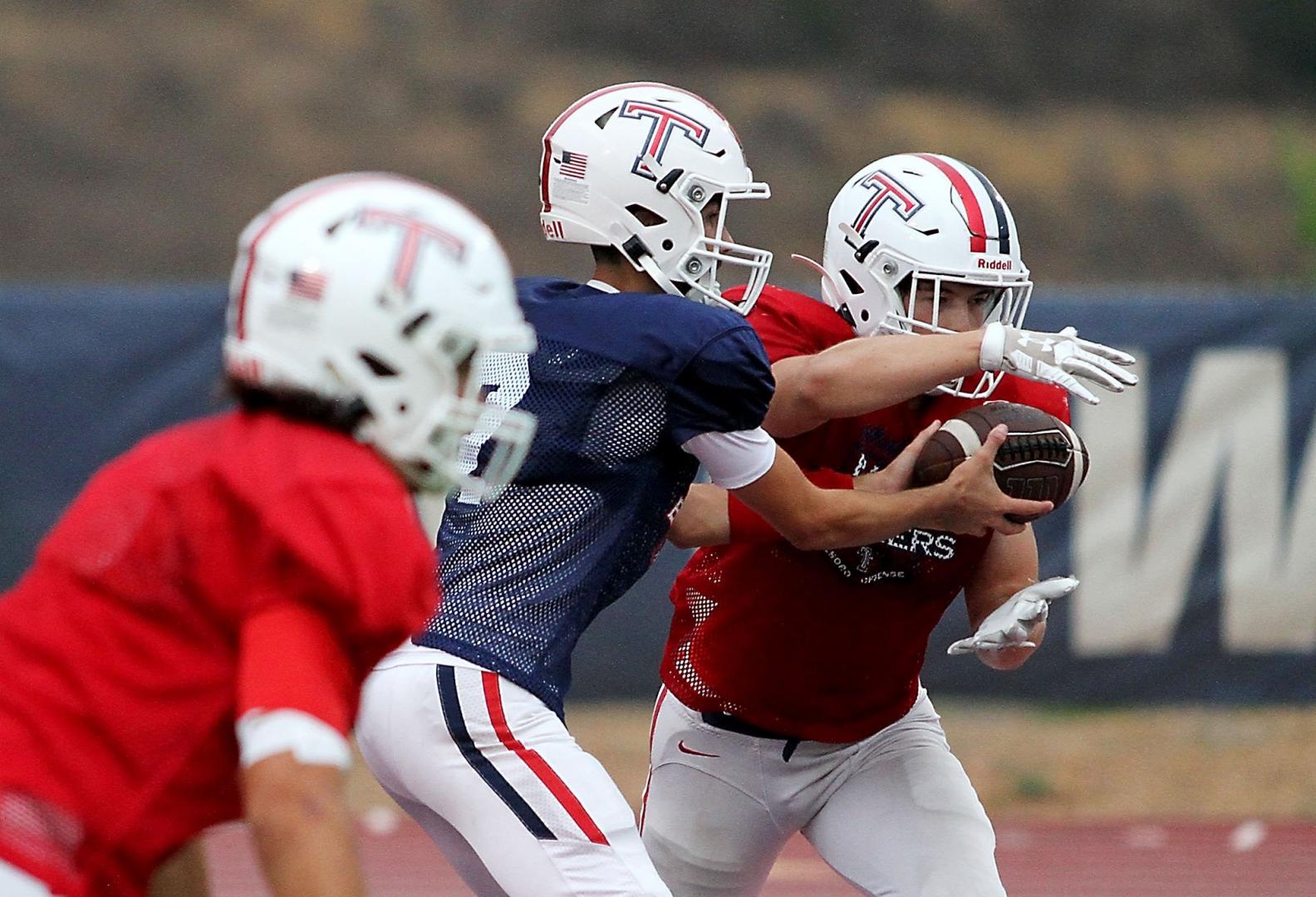 Tesoro junior quarterback Gavin Shaigineik hands the ball off to senior running back Lucas Pesak during a practice on Aug,. 18 at Tesoro High School. Tesoro starts its season out on Friday on the road against La Costa Canyon. (Ryan Kuhn, SOCoPrepSports.com)

RANCHO SANTA MARGARITA — No high school football team had much of an offseason this summer.

It has been just four months until the spring season concluded.

“I think everyone was able to stay in shape and have that game flow rather than work to get back into it after a long season,” senior running back Lucas Pesak said.

The Titans are coming off a rollercoaster spring. They defeated Aliso Niguel and Trabuco Hills in non-conference games before losing to San Clemente and Mission Viejo.

The highlight of the year was a week 5 win over San Juan Hills to win the Battle of the Bell.

Being. Placed in the South Coast League is no easy task.

Their opponents, San Clemente, San Juan Hills and Mission Viejo have won a CIF-Southern Section title. Tesoro has a combined 13-26 record against the three teams.

“I think the South Coast League is as good as any public school league in California,” Titans coach Matt Potson said. “There is no weakness.”

But the players know their potential.

“We get counted out for a lot of those games but I don’t think that’s the case this year,” Pesak. “We can put up a fight.”

Pesak is the top returner on offense this season. His junior campaign finished with 106 caries for 517 yards and four touchdowns.

Tesoro will also start newcomer Gavin Shaigineik who’s been in a quarterback battle with Evan Pierce.

Poston said as of Monday, Shaigineik will start on Friday at La Costa Canyon, but Poston said both are quality players.

“It’s a good problem to have,” Potson said. “They are really doing a good job.”

“I think we have to be the underdog at this point, but that is OK,” Potson said. “When people aren’t picking you to do well, it puts a chip on your shoulder.”