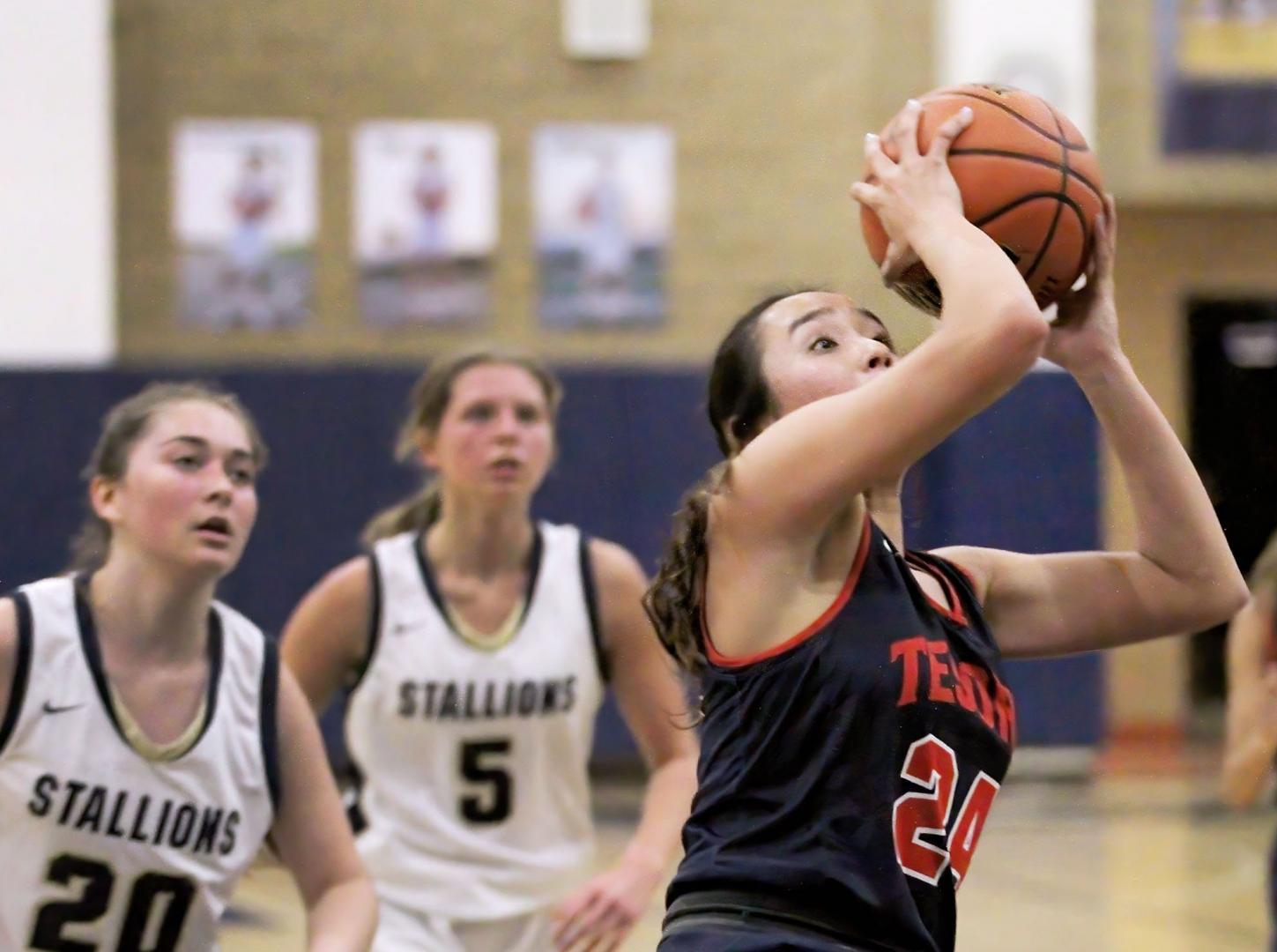 A win against the opponent meant complete separation in the standings, and Tesoro just did that.

The Titans marched into San Juan Hills and held on for a thrilling 36-34 victory.

The tone of the game was set immediately, with physicality and hustle. There were numerous dives for loose balls, instances of shooters following their shots, and an unbelievable amount of offensive rebounds, especially for Tesoro.

The crowd, seated all on one side of the gym, roared left-to-right as the league rivals battled it out on the court.

Tesoro’s defense stepped up in the second quarter, holding the Stallions 2-of-13 from the field, for a total of just five points.

Finally, the Titans were finally able to gain separation over their opponents in the second half, thanks to a big third quarter from junior team captain Celine Castaneda.

Castaneda put up six of her 10 points in the third quarter, and was also a game-changing presence on the offensive side of the glass.

“That’s the way she always plays,” Arneson said. “She leads us in rebounds and scoring, so that’s typical of her.”

Castaneda, of course, credits her teammates.

“I wouldn’t have been able to make any of the moves I did without them,” Castaneda said. “They pushed me to be better, and because of that, they ended up scoring, I ended up scoring, and it helped us overall.”

By the end of three frames, Tesoro was leading 30-20, and was eight minutes away from standing alone in the South Coast League standings.

The Stallions were not out of the race by any metric, and fought until the very last whistle.

San Juan Hills was able to force a few key turnovers down the stretch, and built a rally that climaxed with a vital, deep 3-pointer by junior Lily Sisson, bringing the Stallions within a point.

After the Stallions were forced to four, they had one last chance with two seconds remaining.

A last-second heave fell way short, and Tesoro pulled off a road win.

Despite the loss, junior Amanda Edwards and sophomore Sydney Peterson each finished with 11 points for the Stallions.

After another league game against Dana Hills on Thursday, Tesoro will then host San Juan Hills on Saturday in their second and final matchup of the season between each other.

“It feels amazing [to beat San Juan Hills], I’m not going to lie,” Castaneda said. “It felt good to beat our rivals, especially since our boys lost.”