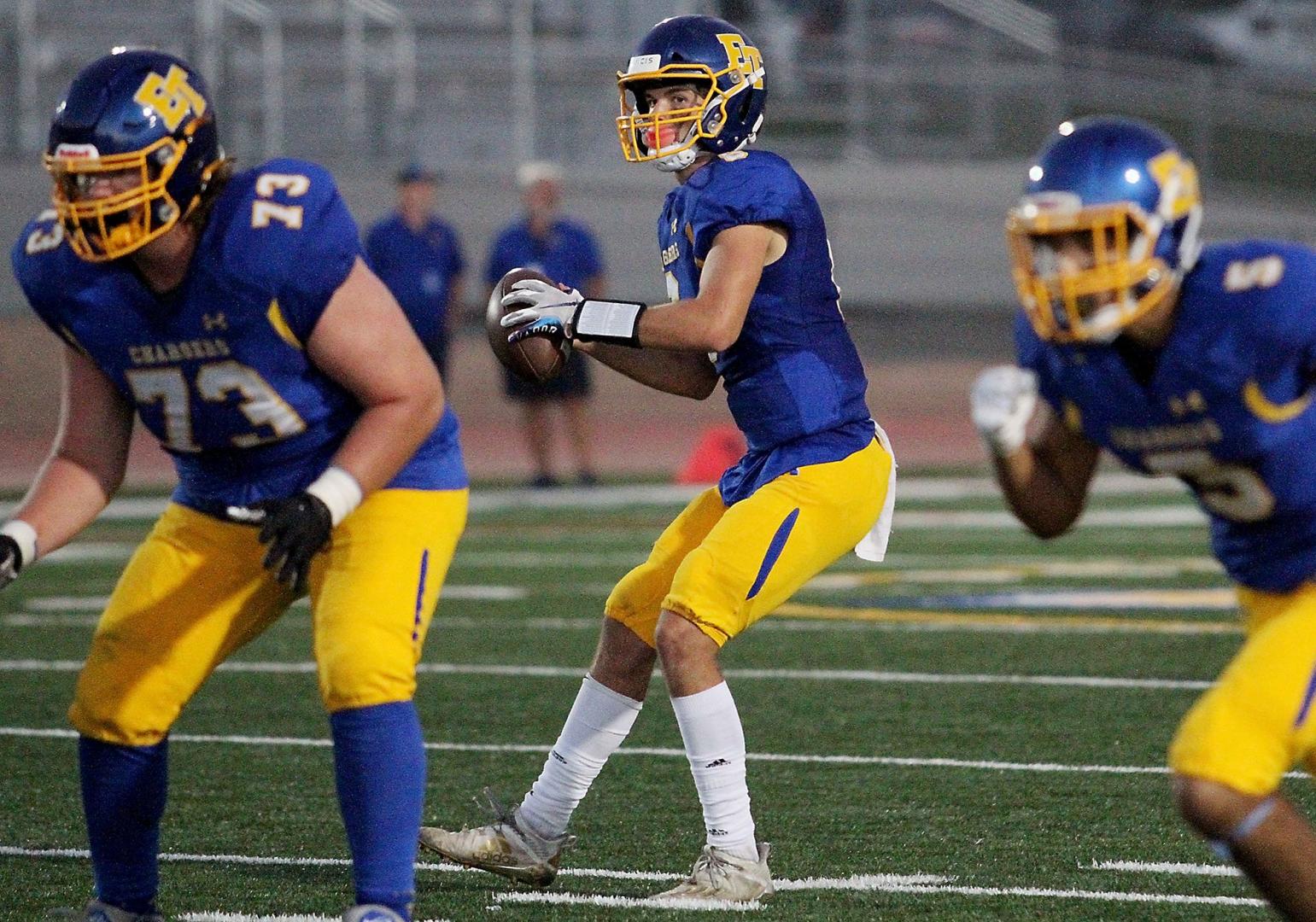 The Chargers won the game convincingly, 42-0.

“He’s a pure quarterback and is just scratching the surface,” El Toro coach Randall Reynoso said. “He is dangerous from snap to the play ends.”

It didn’t take long for Miller to make an impact.

On the Chargers’ opening drive he was a perfect 4-for-4 that finished with a 21-yard touchdown pass to senior wide receiver Collin Payne.

Later in the quarter, senior running back Carson Olson brought the Chargers into prime scoring position only for Miller to score again, this time on a 2-yard run.

Miller showed flashes of his mobility last year, finishing with 85 rushing yards, but now the coaching staff is catering to his ability to run.

“He is being working out this offseason but he is a legit, 4.6 40,” Reynoso said. “Not only that he can get low to the ground and take on tacklers. He’s the whole package.”

Miller didn’t have much time to rest. After Fountain Valley just ran two plays, defensive back Trey Williams came up with an interception.

Miller went back out there and found Josh Vivonia for a 24-yard touchdown strike. The Chargers were ahead 21-0 with more than eight minutes left in the first half.

El Toro’s defense came away with another interception to lead to one more scoring drive before halftime.

It took one play as Miller broke free and scampered 32 yards for a touchdown.

He said he really developed his ability to evade pressure during his freshman season.

I just kept working and now I’m more comfortable,” Miller said. “I feel like when I run I take control of the game.”

The Chargers added two more scores in the second half but it didn’t take long.

Miller found Olson on a 59-yard touchdown pass with 8:47 remaining in the third quarter and then later Olson ran for a 55-yard touchdown run too seal the game.

Olson was playing his first game this season after contracting the coronavirus but didn’t miss a beat. He finished with three catches for 99 yards and ran the ball 10 times for 125 yards.

“He really makes us that much better,” Reynoso said of Olson. “Anytime he touches the ball in space, he is hard to bring down.”

El Toro will now get ready to face Huntington Beach at home next Friday.

The Oilers have won two straight since it’s season-opening loss to Aliso Niguel.

The Chargers will also be looking for their first 4-0 start since the 2012 season where they finished 9-2.

“Hopefully we can beat Huntington Beach and then we will go from there,” Miller said with a smile.