Mustangs will start Mission Viejo transfer Will Burns at quarterback 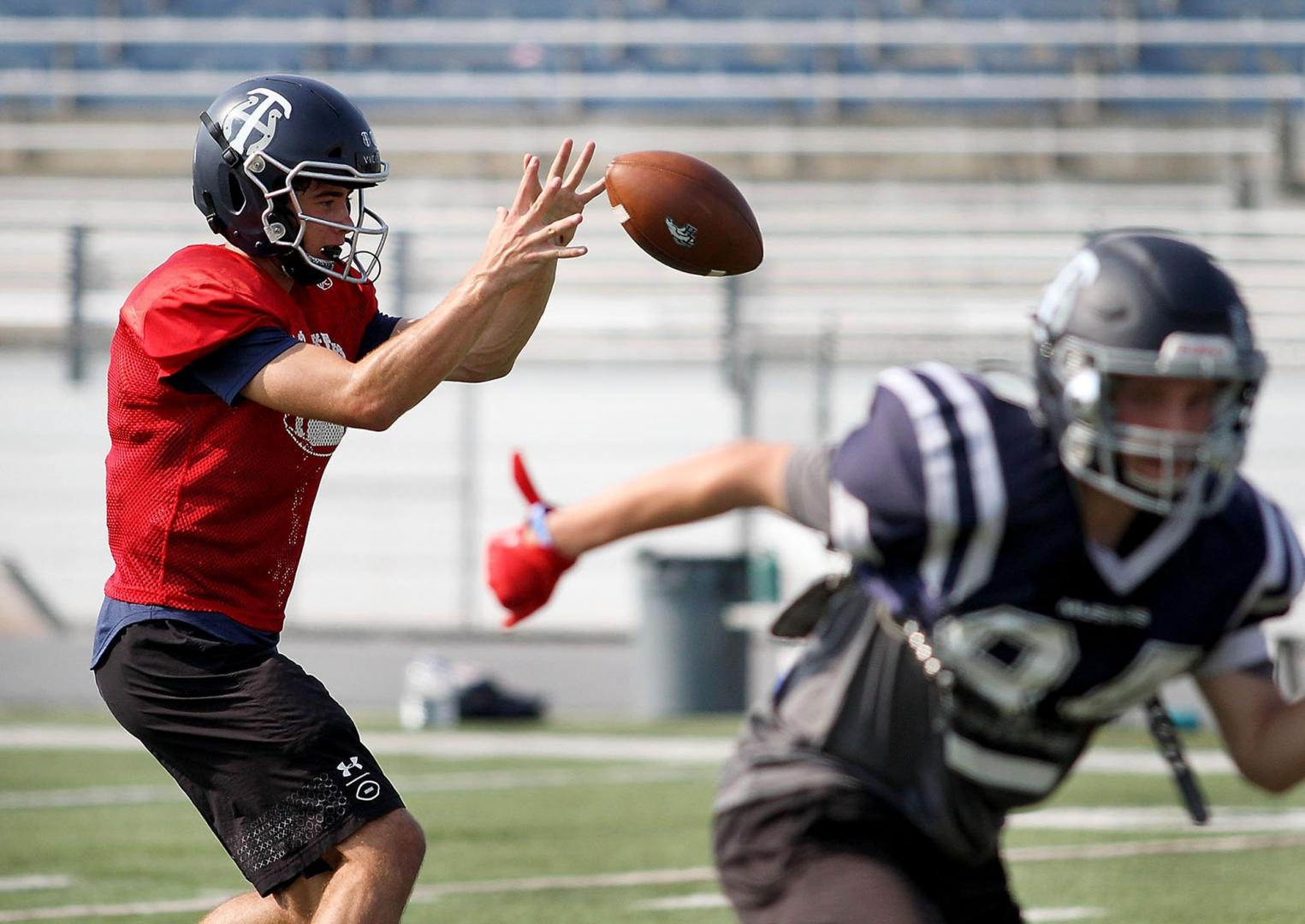 MISSION VIEJO — It wasn’t too long ago Trabuco Hills football was near the top of the mountain.

In 2019 it took a trip to the CIF-Southern Section Division 8 semifinals against Sunny Hills.

“Sunny Hills had to beat us here on this field and arguably that game came down to one play on defense and one play on offense,” Trabuco HIlls coach Mark Nolan said.

But like many high school football teams the coronavirus pandemic took a toll on the program.

A team with experienced quickly turned into a young team.

“A lot of seniors stepped away because it wasn’t a fall season,” Nolan said.  “There were all kinds of reasons. Families were worried about the virus, families wanted to focus on other sports, and some just wanted to move on from athletics.”

The Mustangs were left with a handful of sophomores and juniors that resulted in just one win over the short five-game season.

“Hopefully we can see the benefit of (that spring season) after taking some lumps with a bunch of guys who are now juniors and seniors,” Nolan said.

Two years ago Barrett eclipsed 1,200 yards rushing with 13 touchdown runs. His numbers diminished as a junior because of the spring pandemic season and said it was a challenge balancing two sports at the same time.

“It was very rough but I got through it,” Barrett said. “I had to maintain good grades, play a Friday night football game and then wake up Saturday morning and play baseball.

This season he said not only does he want to return to rushing for more than 1,000 yards but also develop himself into a senior leader.

“I remember as a sophomore having my seniors keep telling me to step it up,” Barrett said. “Now, I give these young players the same encouragement. It’s a great feeling.”

Barrett will be joined on offense with a new face in quarterback Will Burns.

While there he was a two-sport athlete playing football and baseball, but concentrated on baseball during the pandemic season.

“Since I picked to play baseball, it put me a little behind and I knew I wasn’t going to start,” Burns said.

Burns hasn’t played football since his freshman season but Nolan said he has the utmost confidence in his new quarterback.

“With his skill set we are able to open up dimensions of our playbook that allow us to take advantage of him making all the throws and make plays with his feet,” Nolan said.

It was also near perfect timing after two-year starting quarterback Jaxon Smaler graduated.

“I was ecstatic,” Nolan said. “We had some young guys playing some backup quarterback but their heart was really on playing another position. They were just trying to help the team.”

Nolan said Trabuco Hills also likes his defense that was a sense of pride during their CIF run.

“They continued to get better and better last spring and we are looking to get great things out of that group,” Nolan said.

The Mustangs will start the season with non-league opponents Dana Hills, Tustin and Newport Harbor before jumping into Sea View League play.

“Anytime you play a young player or team there is going to be a learning curve,” Nolan said. “Now the beauty is that we have some veterans and we get to go out and build this program back to where it once was.”