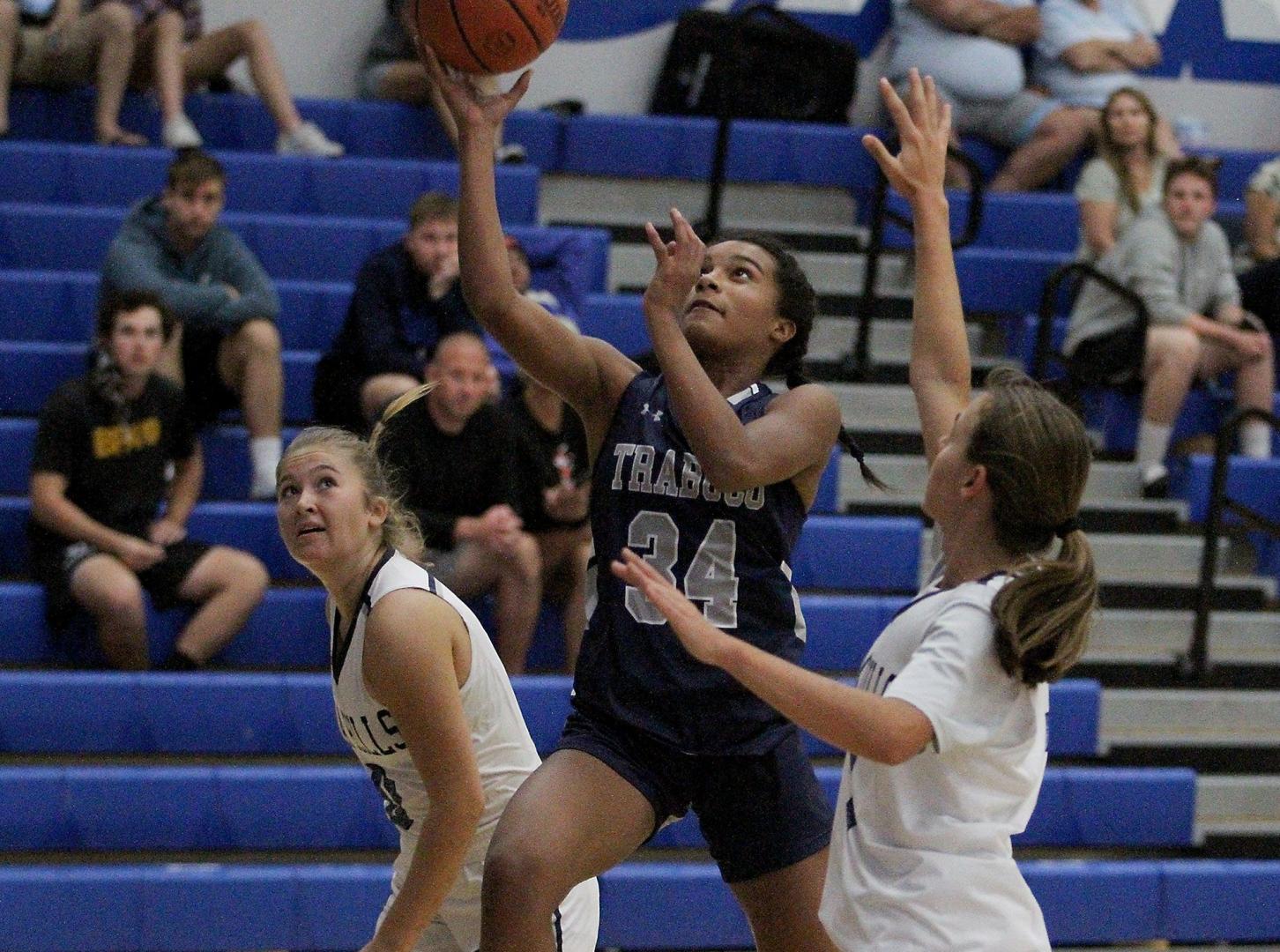 DANA POINT — The Trabuco Hills girls basketball team got some retribution from two weeks ago.

After starting the season with a loss to the Dana Hills in the North/South Tournament held at Mission Viejo High School back on Nov. 15, the Mustangs took down the Dolphins in a non-league matchup on Saturday afternoon.

Trabuco Hills’ 43-39 win was its third this season.

“We are building momentum and we are playing phenomenal basketball right now. I love what we are doing,” Mustangs coach Calvin Mackey said.

The Mustangs struggled to find some offense in the first quarter after being held to just four points, all coming on free throws.

“We have a heavy senior class, but they are thirsty to win,” Mackey said. “We have a tough league that we need to prepare for.”

This year, he is preaching defense and things you can control.

“There are a lot of things you can’t control but you can control your effort levels,” Mackey said. “You also need to learn how to communicate not only with me but the other players on the court.”

Dana Hills came back and even took the lead with 37 seconds remaining in the fist half when Caitlyn Koyabu scored on a putback but the Mustangs answered. Sophomore Skyla Jones scored a layup and Trabuco Hills entered halftime with a 22-19 lead.

Both teams went back and fourth to start the second half, but the Mustangs gained some momentum when Park hit a 3-pointer.

Seko also added a 3-pointer early in the second half but the Dolphins kept swimming forward.

Dana Hills tied the game when Koyabu hit a free throw with less than two minutes left in the game but it could never take the lead.

Koyabu attempted a game-tying 3-pointer with 17 seconds left but the shot fell short.

Seko led the Mustangs with 10 points while Park and Kennett added eight points a piece.

Sophomore Alina Jon led the Dolphins and all scorers with 13 points while Koyabu added 11 points in the losing effort.

Its first home game will take place on Dec. 11 against San Juan Hills.

“There’s pressure to win,” Mackey said. “Last year with the COVID season there might have been an excuse but there is no excuse this season.”