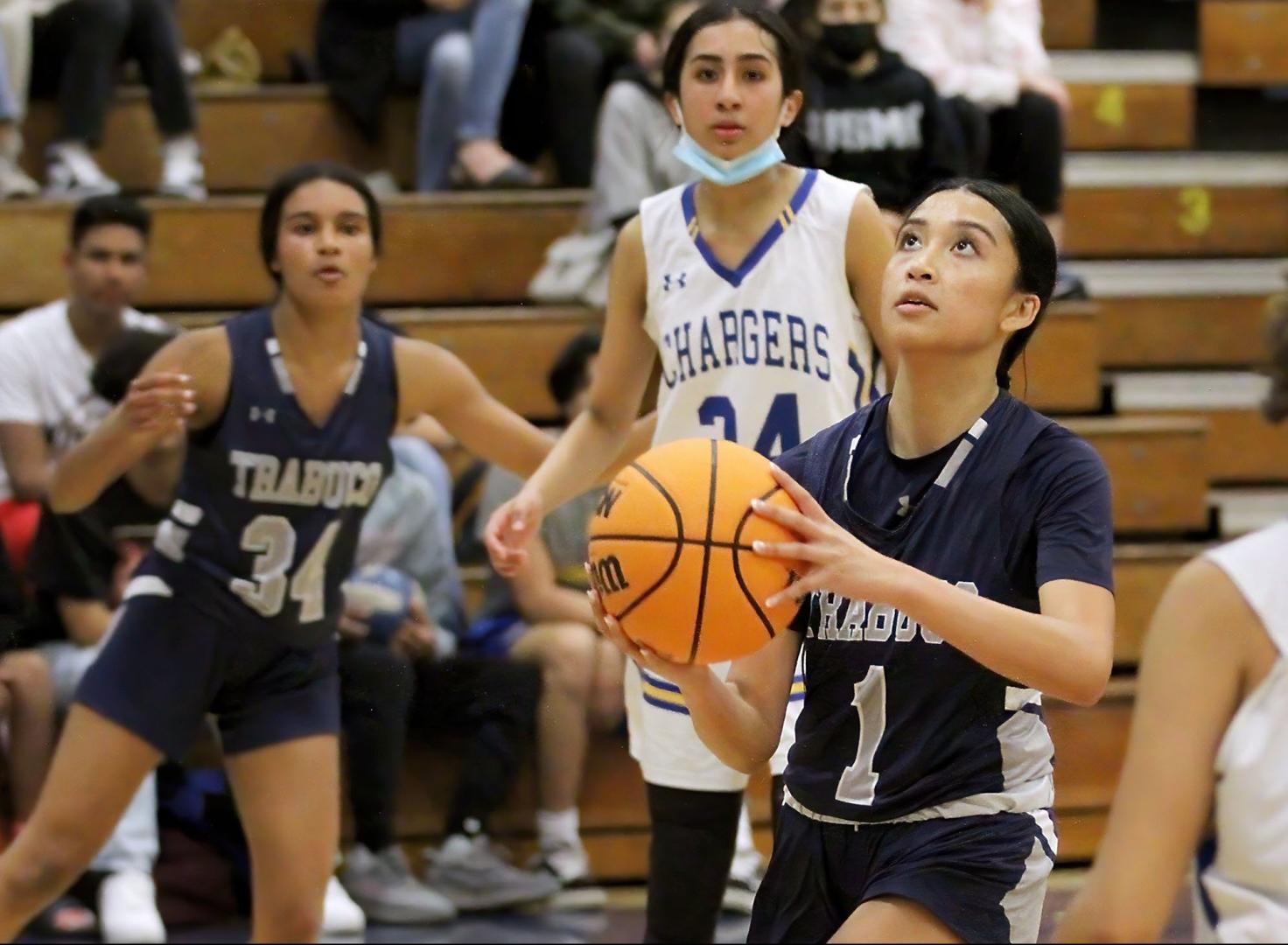 LAKE FOREST — Trabuco Hills girls basketball coach Calvin Mackey saw that his team was not itself in the third quarter on Monday night so he called a timeout.

His Mustangs were trailing to El Toro in a game that could very well decide the Sea View League title. The two teams have battled twice already this season and each has claimed a victory.

“I let them know they weren’t playing the way they were capable of playing and that we had to change things,” he said.

Trabuco Hills’ deficit reached as many as 11 points in the second half, but the players didn’t care.

“This (win) means everything,” Trabuco Hills senior guard Isabella Carrido said. I’ve been working four years for this. This is an amazing group of players and I couldn’t have asked for a better group to experience this with.”

While the Mustangs haven’t quite clinched a league title, a one-game on the Chargers will do a lot with just two games remaining on the schedule. Trabuco Hills’ next two games are against Mission Viejo, a team they defeated by 25 points just two weeks ago.

Both teams struggled to find offense to start the game but El Toro got a spark from freshman guard Andrea Rico.

She hit two 3-pointers and found Nyema Waits down low for the score.

The Chargers held a 10-6 lead after the first quarter and continued its momentum through halftime.

Rico continued scoring as she kept getting to the basket. She slithered through the defense and finished the half scoring 14 of her 21 points as El Toro held a 24-15 halftime lead.

But things changed in the second half.

After the Chargers went up by double digits, Carrido converted a three-point play on the other end. Sophomore Skyla Jones got involved and then senior Suzu Seko also made a shot while getting fouled.

Everyone was looking at a new game with the score tied 30-30.

“We just wanted it ,” Carrido said. “We knew this was our last chance.”

On the Mustangs’ first possession junior Ashlynn Kennett scored on a putback to take the lead and they didn’t look back.

Junior point guard Aysia de Lorez has only scored in double-digits four times this season but she had her offense clicking in the final quarter.

She scored 12 of her team’s final 14 points and tied her season high with 14 points.

El Toro came within three points with 30 seconds left in the game but a 3-pointer by Rico fell short and the Mustangs sealed the game with free throws.

“These girls understood their potential and they didn’t just go out and talk about it, they did it,” Mackey said.

Both Trabuco Hills and El Toro will end their regular season schedules this week and have qualified for the CIF-Southern Section playoffs.