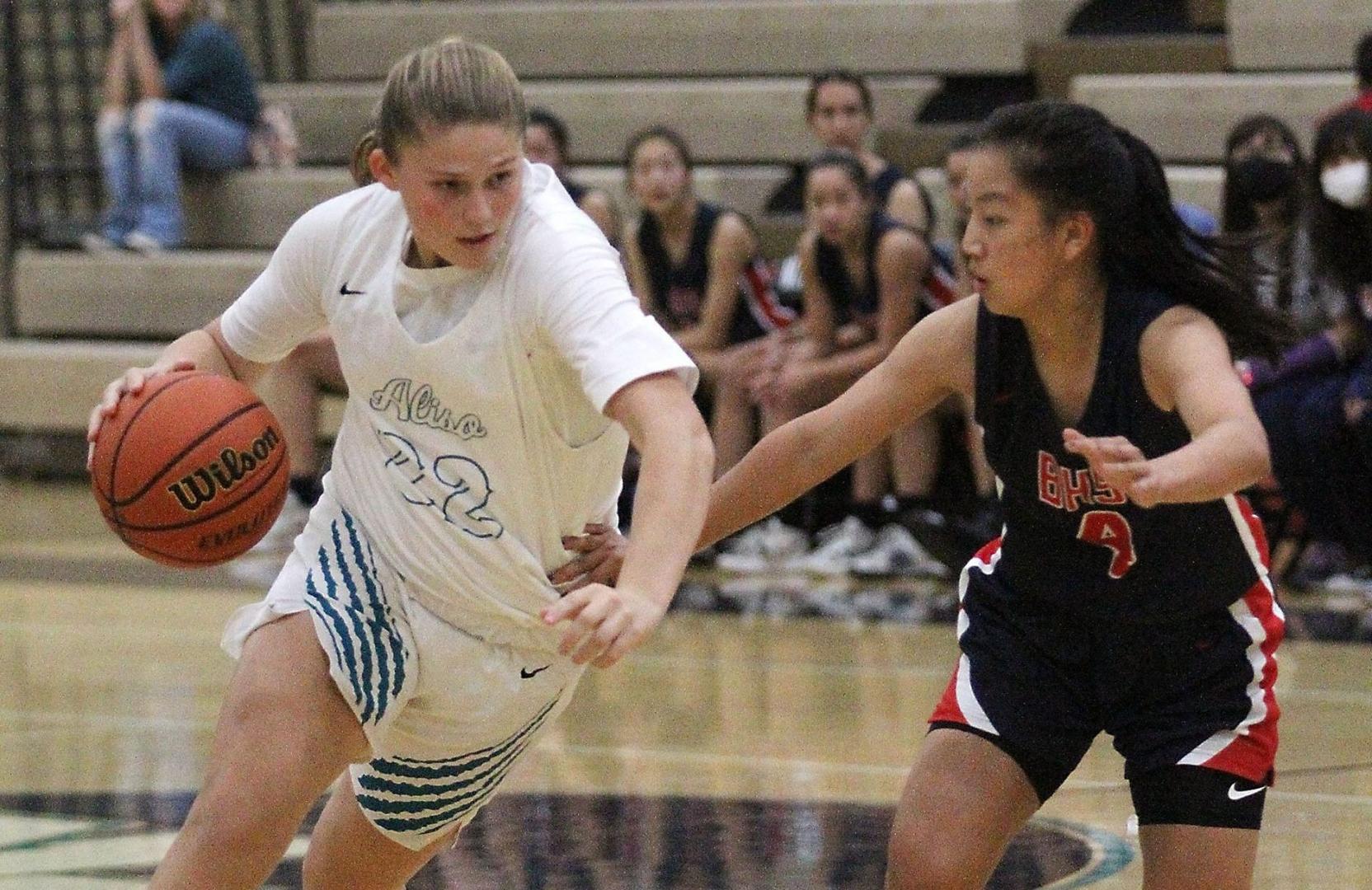 “Game one is about competing and keeping composure,” he said.

That message might carry more weight this season than most.

The Wolverines were dealt a hand no team enjoys.

To make things worse, his next two scoring options, seniors Karina Cabrera and Sara Eyre graduated this past spring.

“We are going to be young and inexperienced,” Johnson said. “It’s going to be a lot of learning, but (these girls) work hard every day.”

The Wolverines started three juniors and two sophomores on Wednesday night against Beckman.

But Aliso Niguel held its head high, despite losing 57-52.

“The challenge this fall was just figuring out who we were,” Johnson said. “Usually by the end of summer you have your system in place. But we played hard. ”

The Wolverines stayed with Beckman to start the game until it finished the first quarter on a 7-0 run.
[Best_Wordpress_Gallery id=”85″ gal_title=”Aliso Niguel vs. Beckman girls basketball – Nov. 18″]

Aliso Niguel answered early in the second quarter when Brown scored nine of her team’s next 11 points.

By halftime, the Wolverines still looking at a 26-21 deficit.

“Shanna can put the ball in the basket more than a lot of players that I have coached,” Johnson said. “She has such a knack finding open space on the floor and tonight she did it so well within the offense.”

Brown finished with a career-high 32 points, but said the transition from being last year’s fourth option to a top scorer was challenging.

“I went from being a nobody my freshman year to kind of contributing last year to now having to step up,” Brown said. “I really was working on the fall taking players one-on-one because I don’t really have a backup option yet.”

Brown got one help in the second half from Hudson who started the third quarter with a 3-pointer then finding some room in the lane for an easy bucket.

But every time Aliso Niguel put together some momentum, the Patriots flipped the switch whether it was a 3-pointer from Sara Hameed or Miranda Yu.

“You have to keep your calm and realize what everyone needs,” Hudson said. “You have to make sure everyone is aware that they are doing their job.”

The Wolverines cut their deficit back down to five points with 1:24 left in the game, but Beckman came up with a big defensive stop and hit some clutch free throws to win.

Despite the loss, Jamila Roxas and sophomore forward Katelyn Dunakin both contributed points in their first varsity game.

“I thought Katelyn ran the floor well and rebounded for us while Jamila had some good minutes spacing the floor and did what we wanted her to do,” Johnson said. “These are things we emphasize to our young players and they did great.”

Aliso Niguel will now travel to Bonita on Friday before returning home next Tuesday to take on Esperanza.